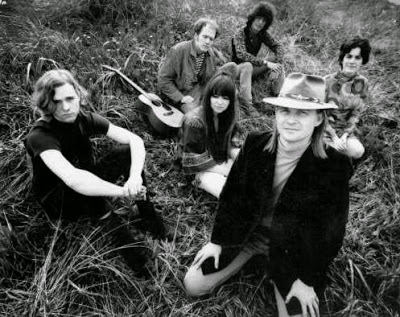 It's a Beautiful Day is an American band formed in San Francisco, California, in 1967, featuring vocalist Pattie Santos along with violinist David LaFlamme and his wife, Linda LaFlamme, on keyboards. David LaFlamme, a former soloist with the Utah Symphony Orchestra, had previously been in the band Orkustra, and unusually, played a five-string violin. The other members were Linda LaFlamme (keyboards), Pattie Santos (vocals), Hal Wagenet (guitar), Mitchell Holman (bass) and Val Fuentes (drums). Although they were one of the earliest and most important San Francisco bands to emerge from 1967's social phenomenon Summer of Love, the band never quite achieved the success of contemporaries such as Grateful Dead, Jefferson Airplane and Santana, with whom they had connections. The band created a unique blend of rock, jazz, folk, classical and world beat styles during the initial seven years it was officially together.(Wikipedia)

David and Linda wrote the song in Seattle, where they were living. Said David: "The song describes the picture Linda and I saw as we looked out this little window in this attic. We had a little Wurlitzer portable piano sitting right in the well of this window, and I'd sit and work on songs. When you hear lines like, 'the leaves blow across the long black road to the darkened sky and its rage,' it's describing what I was seeing out the window. Where the 'white bird' thing came from: We were like caged birds in that attic. We had no money, no transportation, the weather was miserable. We were just barely getting by on a very small food allowance provided to us. It was quite an experience, but it was very creative in a way." (thanks, Garry - Anchorage, AK)

By the time the group members returned to San Francisco they were broke and frustrated at Katz's attempts to manipulate their career. In desperation, they began playing at a few clubs without Katz's approval. The band gradually began to gain some recognition and earn money. The band got its first big break when offered a chance to open for Cream at the Oakland Coliseum, in Oakland, California, on October 4, 1968. Around this time, the band first began a long process of trying to disentangle themselves from Katz.(Wikipedia)

July 5, 1970, the band played the (second) Atlanta International Pop Festival in Byron, GA to an estimated 250,000 people. Linda sang lead on "White Bird", "Hot Summer Day" and "The Dolphin Song". The band had a regional radio hit with "Don and Dewey". By later that year, the original lineup of the band had changed somewhat; the LaFlammes had split up and Linda left the band, replaced by Fred Webb. The following album, Marrying Maiden, released in 1970, was their most successful in the charts, reaching number 28 in the U.S. (their only Top 40 placing)[2] and number 45 in the U.K.[3] In that year, the band also performed at the Holland Pop Festival at the Kralingse Bos in Rotterdam, Netherlands, and at the Bath Festival of Blues and Progressive Music.(Wikipedia) 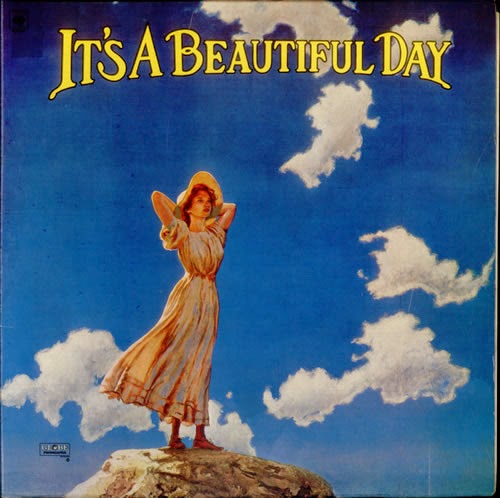 The band's debut album, It's a Beautiful Day, was produced by David LaFlamme in Los Angeles, California, and released by Columbia Records in 1969. It features tracks such as "White Bird", "Hot Summer Day" and "Time Is". The album reached number 47 in the U.S. chartsand number 58 in the UK.The theme from the song "Bombay Calling" was later used, at a slower tempo, by Deep Purple as the intro to "Child in Time" on its Deep Purple in Rock album. The vocals and violin playing of David LaFlamme plus Santos's singing attracted FM radio play attention, and nationally, "White Bird" bubbled under Billboard's Hot 100 chart, peaking at number 118.

Labels: a a beautiful day, it