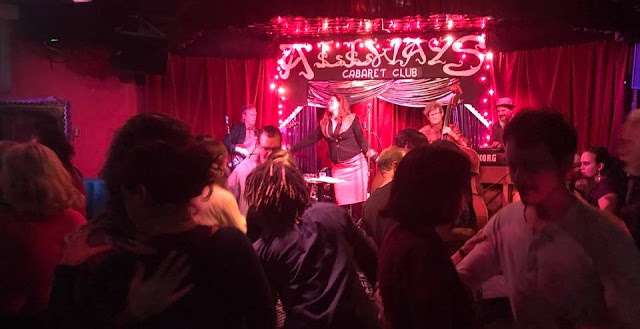 Lulu and the Broadsides is one of the best new bands you’ll hear at this year’s Jazz Fest. Lulu is the alter ego of the great vocalist Dayna Kurtz, singing with a heart pounding, soulful panache that reaches even further than the extraordinary emotional depths she’s regularly plumbed. She’s backed here by her longtime accompanist, guitarist Robert Mache, and a superb rhythm section of James Singleton on bass and Carlo Nuccio on drums.
ofBeatMagazine
http://www.offbeat.com/articles/fest-focus-lulu-broadsides/

Lulu is a stage name Kurtz had considered since high school.
“There was a girl named Lulu who was really brave and really sexy and really cool. I always thought she had the greatest stage name ever. I’ve been writing for her and it feels like I’m writing for another person. Lulu was waiting for New Orleans to come into full flower. New Orleans has a very special kind of mojo, and to me, feminine mojo. The minute I came here I walked with a swing in my hips that I’d never walked with before.
“I felt New Orleans call to me the first time I came here,” she continues. “It’s a mystique that has taken over my life and music in a very positive way. That was when I was releasing my Secret Canon stuff, which is definitely New Orleans inspired. It was when I was starting to incorporate the R&B I love with the stuff I was doing on my own
offBeatMagazine
http://www.offbeat.com/articles/fest-focus-lulu-broadsides/

Mache has accompanied Kurtz since before she moved to New Orleans.
“I met him on one of my first tours down here. I was doing a benefit for the New Orleans Musicians’ Clinic. The Continental Drifters were on that gig. Robert offered me a place to stay, so I wound up getting really tight with him and his wife Candace. When he moved to Memphis after Katrina, he hosted a house concert for me and sat in with me. It was magic right out of the gate.”
Kurtz put the band together last year to play a blues dance, and found herself starting a whole new project.
“It was so much fun to play slow blues songs. I was always cutting 6/8 songs out of my set because I had too many of them. Then we started playing more of these blues dances. So, when I started writing again, there was maybe one song that was clearly for my solo career and the rest of them were Lulu and the Broadsides songs.”
offBeatMagazine
http://www.offbeat.com/articles/fest-focus-lulu-broadsides/

Now Kurtz has joined the ranks of New Orleans musicians with multiple projects.
“It’s one of the reasons I was so excited about living here. An artist like Aurora Nealand—who plays like Ornette Coleman in one band and traditional New Orleans jazz in another and rockabilly in another–this is the place I want to live. I want to be able to go off on tangents and have nobody think it’s a big deal. This is the only place I’ve ever lived where that hasn’t been a problem.”
offBeatMagazine
http://www.offbeat.com/articles/fest-focus-lulu-broadsides/ 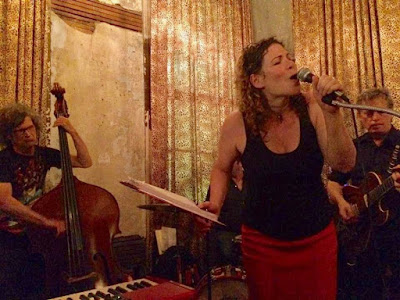