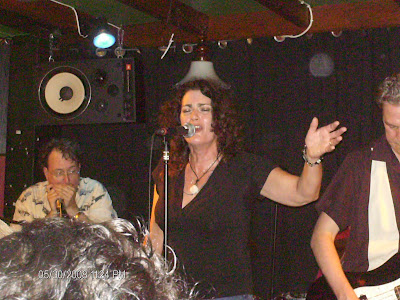 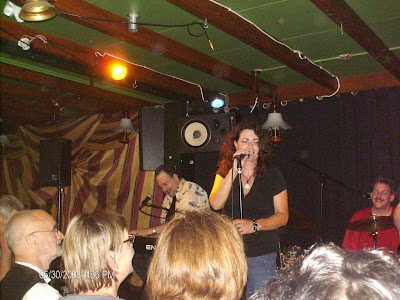 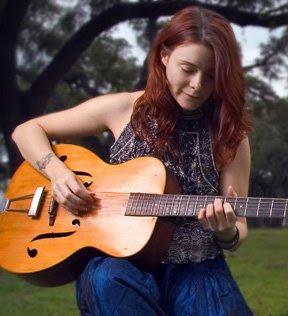 Learning to Play Guitar
Well, I used to sneak around and play on my mom's Martin when she wasn't home, and I'd often get scolded or grounded for it if I hadn't done my chores or if I hadn't washed my hands after grubbing on it last time. I guess I was about 8 years old when I started really started writing songs on it, and wanting to play it every day. And I broke a string -- I remember that very clearly, because I was so proud, I found the right gauge and strung it up. But I strung it up backwards. She didn't find out for two days, and I never heard the end of that. So that Christmas, I got my own guitar.

An Attraction to the Blues

What first attracted me to the blues as a youngster playing guitar is that it was a chance to get to play with a group of people. You've only got so many chords, you've only got so many patterns you can do, but it's what you do with those colors that make it. And that's something that can't be quantified in math, can't be quantified on a chart -- that's your actual soul coming out... So that's what attracted me to the blues.

Staying Close to Her Roots

It's always been an evolution of the sound, always, but it's never strayed from the first things that I heard. I mean, "Still Alive and Well" is one of the songs that we recorded on the new record, "Miss Understood," and that's one of the first guitar riffs that I ever went around the house on my mom's guitar going, "Is this how it goes?" And she was like, "Why don't you take up finger painting?"

I Found the Lion

A lot of the places that would hire me when I was underage were biker bars, by and far. It was never a consideration that I was a chick. And most of the folks there treated me like the dirty kid sister. Which was killer for me, I never had to wear make-up, I never had to do any of that crap. It wasn't until I was on the road, I suppose, where I started to see a little change in treatment.

'Van Full' and Always on the Road

Part of living your dreams sometimes is realizing you have to live cheaply. And sometimes you go to extremes to prove something to yourself, and sometimes you put yourself out more than you have to and you give yourself the blues. For example, I was in my van for the better part of two years. It was partly by choice, and partly because there wasn't a lot of money to be made making music. Or, at least, the way that I was going about it, I sure couldn't find it. So that the result of that was just to go on tour all the time, and be OK with that. Even at the point where some people would have considered me homeless, I considered myself "van full," because I always had wheels, and I was always on the road.

A Different Measure of Success

I love getting to play life. I love freaking out. When you're playing, you don't care. I really care more about what I sound like than what I look like on any given night. I'm not thinking. If it's the end of the song, I always get surprised. "What song did we play? What song should play next?" I don't usually have set lists, so sometimes I have to look around to the band. "We haven't played this yet, right?" Because you're outside of yourself. And to me, that's success. It may never come with money, but it sure comes with that. You get to jump out there and do that all the time -- it's really lucky.

“My theory is, the more you gig, the less you suck,” says guitarist and road warrior Carolyn Wonderland. When the Austin-based Wonderland isn’t touring the world, she’s gigging nearly every night in and around the Lone Star state’s capitol, laying down her brand of deeply soulful blues-inflected music. An ace guitarist, lap-steel player, and an absolutely transcendent vocalist,
Gepost door Arthur,s Musical Journey op donderdag, mei 07, 2009 1 opmerking: