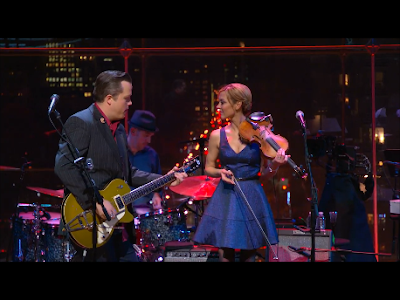 Title track from  The Drive By Truckers album Decoration Day.
As is the Truckers' trademark, a number of Decoration Day's songs deal with elements of southern folklore. The title track, written by guitarist Jason Isbell, tells "a story that's rumored to be true" of two families involved in a passionate intergenerational feud which has gone on so long that few can remember why such hatred exists between them. Isbell wrote the song just three days after joining the band while touring in support of Southern Rock Opera.
Gepost door Arthur,s Musical Journey op woensdag, november 11, 2015 Geen opmerkingen: