Bob Dylan - Simple Twist Of Fate (Blood On The Tracks) 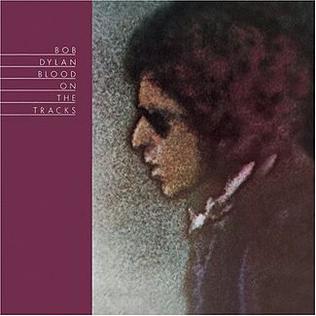 "Simple Twist of Fate" is a song by Bob Dylan, recorded on September 19, 1974 and released on his 15th studio album, Blood on the Tracks, in 1975.
The complete recording sessions of "Simple Twist of Fate" were released on the deluxe edition of The Bootleg Series Vol. 14: More Blood, More Tracks in 2018, with the first take of the song, recorded on September 16, 1974, also included on the single-CD and 2-LP versions of the album.
A live performance recorded on February 28, 1978 appeared on At Budokan.

They sat together in the park
As the evening sky grew dark,
She looked at him and he felt a spark tingle to his bones.
'Twas then he felt alone and wished that he'd gone straight
And watched out for a simple twist of fate.

They walked along by the old canal
A little confused, I remember well
And stopped into a strange hotel with a neon burnin' bright.
He felt the heat of the night hit him like a freight train
Moving with a simple twist of fate.

A saxophone someplace far off played
As she was walkin' by the arcade.
As the light bust through a beat-up shade where he was wakin' up,
She dropped a coin into the cup of a blind man at the gate
And forgot about a simple twist of fate.

He woke up, the room was bare
He didn't see her anywhere.
He told himself he didn't care, pushed the window open wide,
Felt an emptiness inside to which he just could not relate
Brought on by a simple twist of fate.

He hears the ticking of the clocks
And walks along with a parrot that talks,
Hunts her down by the waterfront docks where the sailers all come in.
Maybe she'll pick him out again, how long must he wait
Once more for a simple twist of fate.

People tell me it's a sin
To know and feel too much within.
I still believe she was my twin, but I lost the ring.
She was born in spring, but I was born too late
Blame it on a simple twist of fate 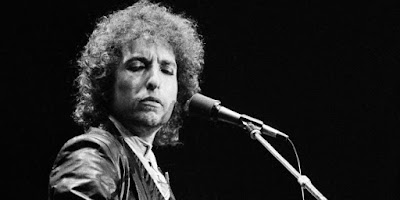 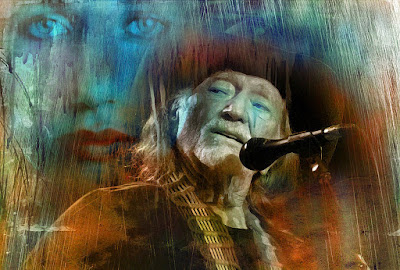 "Blue Eyes Crying in the Rain" is a song written by songwriter Fred Rose. Originally performed by Roy Acuff, the song has been covered by many artists; such as Hank Williams Sr., Johnny Russell, and Charley Pride. Also the song was later recorded by Willie Nelson as part of his 1975 album Red Headed Stranger. Both the song and album would become iconic in country music history, and jump start Nelson's success as a singer and recording artist.

"Blue Eyes Crying in the Rain"

The version by Willie Nelson, recorded for his 1975 concept album, Red Headed Stranger, which was about a fugitive preacher on the run from the law after killing his wife, was lauded by country music historian Bill Malone as "a fine example of clean, uncluttered country music, [with] a spare arrangement that could have come straight out of the 1940s." Rolling Stone noted the song was delivered with his "jazz-style phrasing" and was "the beating heart of Red Headed Stranger." 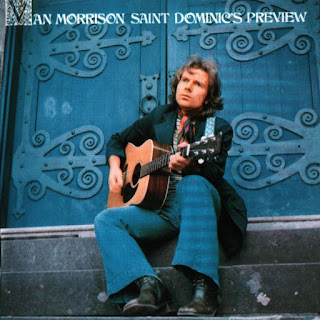 Saint Dominic's Preview is the sixth studio album by Northern Irish singer-songwriter Van Morrison. It was released in July 1972 by Warner Bros. Records. Rolling Stone declared it "the best-produced, most ambitious Van Morrison record yet released."


The title track, "Saint Dominic's Preview", was said by Morrison to have been composed after seeing an ad for a peace vigil to be held at St. Dominic's Church in San Francisco.[28] The song is written in a "stream of consciousness" fashion as with the Astral Weeks songs. Lyrics in the song refer to different stages of Morrison's life: "chamois cleaning all the windows" (teenage years) and "The record company has paid out for the wine" (his contemporary status as a pop music star). Erik Hage calls it "expansive and groundbreaking, representing an enlarging scope and ambition in Morrison's music.

Shammy [chamois] cleaning all the windows,
Singing songs about Edith Piaf's soul.
And I hear blue strains of "no regredior"
Across the street from Cathedral Notre Dame.

Meanwhile back in San Francisco
We're trying hard to make this whole thing blend,
As we sit upon this jagged
Storey block, with you my friend. 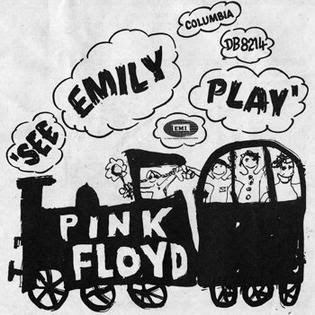 "See Emily Play" is a song by English rock band Pink Floyd, released as their second single in June 1967.[4][5] Written by original frontman Syd Barrett and recorded on 23 May 1967, it featured "The Scarecrow" as its B-side. It was released as a non-album single, but appeared as the opening track of the American edition of their debut album The Piper at the Gates of Dawn (1967). "See Emily Play" is included in The Rock and Roll Hall of Fame's 500 Songs that Shaped Rock and Roll list and reached No. 6 in the United Kingdom singles chart.[6] As of 2018, the song has never been mixed to stereo, so the US album version was rechannelled and all subsequent reissues have been in mono.


See Emily Play
These two singles were written by Syd Barrett. Of the 11 songs on the debut album The Piper At The Gates Of Dawn, which appeared in August 1967, Barrett wrote eight of his own and collaborated on two others. As an innovative guitarist, he investigated the musical possibilities of dissonance, distortion, feedback, echo machines and various sound effects on tape. The typical Pink Floyd guitar sound was obtained, among other things, because Barrett slid over the strings of his Fender Esquire guitar with a Zippo lighter and connected to an echo box. 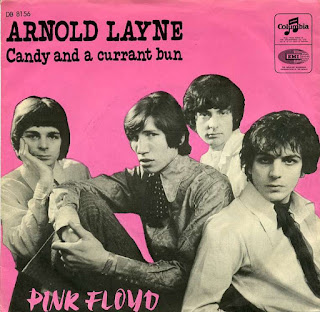 "Arnold Layne" is the debut single released by the English rock band Pink Floyd on 10 March 1967, written by Syd Barrett.

The song's title character is a transvestite whose strange hobby is stealing women's clothes and undergarments from washing lines. According to Roger Waters, "Arnold Layne" was actually based on a real person: "Both my mother and Syd's mother had students as lodgers because there was a girls' college up the road so there were constantly great lines of bras and knickers on our washing lines and 'Arnold' or whoever he was, had bits off our washing lines. 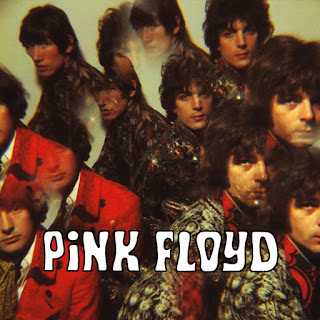 The Piper at the Gates of Dawn is the debut studio album by the English rock band Pink Floyd, and the only one made under founding member Syd Barrett's leadership. The album, named after the title of chapter seven of Kenneth Grahame's The Wind in the Willows and featuring a kaleidoscopic cover photo of the band taken by Vic Singh, was recorded from February to May 1967 and released on 4 August 1967.[3] It was produced by Beatles engineer Norman Smith and released in 1967 by EMI Columbia in the United Kingdom and Tower in the United States, in August and October respectively. Two of the album's songs, "Astronomy Domine" and "Interstellar Overdrive", became long-term mainstays of the band's live set list, while other songs were performed live only a handful of times.

----------                                      -
Note from Arthur.
I remember that I saw the single at the local music store, of course I listened to it, but what a strange music it was! It did not look like anything, but very different. In 1967  i saw them for the first live in Vlissingen (concert hall) then already with a beautiful lightshow and in my memory for that time hard! Syd Barret was in my opinion already replaced by David Gilmour (but I'm not sure) The in itself some lame movies give a nice time picture of the sixties. 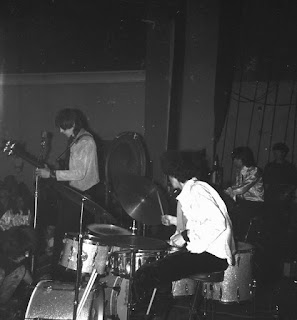