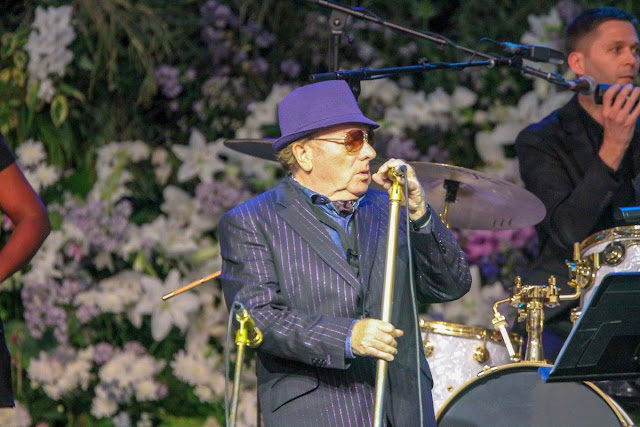 
THE sweet sounds of legendary Van Morrison chilled the hot summer crowd at Llangollen International Musical Eisteddfod in a sell out concert.
One of the most prolific recording artists and live performers in music history, Sir Van Morrison, took to the Royal International Pavilion stage on Friday night, captivating the crowd with a myriad of Irish folk, jazz, blues and country music.
Morrison opened the show with a beautiful rendition of Astral Weeks, then launched straight into Sweet Thing. Both songs were released from the album of the same name 50 years ago in 1968, yet still resonate perfectly today and brought the audience to their feet


Astral Weeks (album Astral Weeks) Dee & Paul's Video Channel
Joined by his eight-piece band, including his musical director, Paul Moran, Morrison barely drew breath for the following 90 minutes. This was his first appearance at the International Eisteddfod and he enchanted the entire pavilion with his largely improvised set, featuring favourites including Baby Please Don’t Go, Days Like This and Have I Told You Lately.
Morrison brought the show to a close and the audience to their feet with an exhilarating rendition of cult classic Brown Eyed Girl.
Llangollen International Musical Eisteddfod Music director, Vicky Yannoula, said: “The audience was completely enthralled by Van’s unparalleled vocals and song writing talent, and by the support of his exquisite band. It was such a mesmerising performance and a wonderful start to our weekend.” 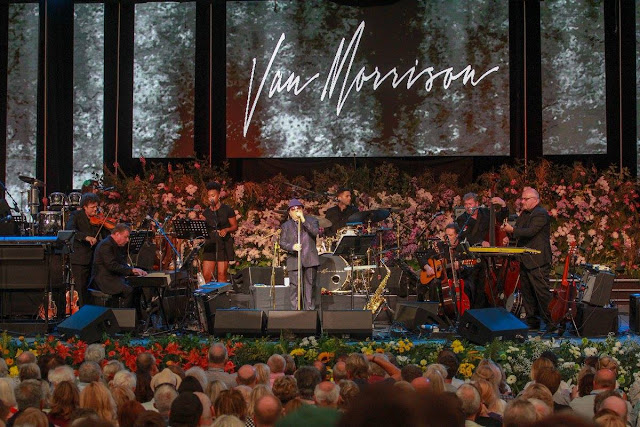 Jason Isbell - Tweeter and the Monkey Man (the Travelin Wilburys)

with The Cabin Down Below Band

The songwriting credit goes officially to all members of the band, but the song is published by Bob Dylan's Special Rider Music label, indicating that the main writer is Dylan, who is also the lead singer on the record. This is partially contradicted by George Harrison's account of the song in the 2007 documentary The True History of the Traveling Wilburys:


"Tweeter and the Monkey Man" was really [written by] Tom Petty and Bob [Dylan]. Well, Jeff [Lynne] and I were there too, but we were just sitting there around in the kitchen, and he was for some reason talking about all this stuff that didn't make much sense to me, you know, it was that Americana kinda stuff and we got a tape cassette and put it on and then transcribed everything they were saying.[2] Harrison also recalled that he and Lynne then contributed the chorus, beginning with the line "And the walls came down", based on an idea of Dylan's from the same tape(Wikipedia)