After the Goldrush - Trio 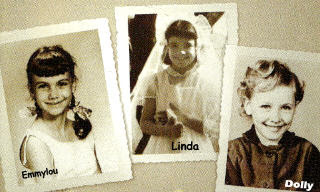 Dolly Parton once commented about the making of her version of the song; "when we were doing the Trio album, I asked Linda and Emmy what it meant, and they didn't know. So we called Neil Young, and he didn't know. We asked him, flat out, what it meant, and he said, 'Hell, I don't know. I just wrote it. It just depends on what I was taking at the time. I guess every verse has something different I'd taken.'