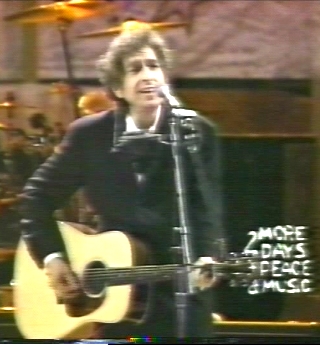 Infidels is Bob Dylan's 22nd album. Many consider it Dylan's return to secular music, after his previous three albums all dealt with his conversion to Christianity. The album was co-produced by Dire Straits frontman, Mark Knopfler.

All Along The Watchtower

"All Along the Watchtower" from his 1967 album John Wesley Harding, and it has been included on most of Dylan's subsequent greatest hits compilations. Since the late 1970s, he has performed it in concert more than any of his other songs. Different versions appear on four of Dylan's live albums.[1]
Covered by numerous artists in various genres, "All Along the Watchtower" is strongly identified with the interpretation Jimi Hendrix recorded for Electric Ladyland with the Jimi Hendrix Experience. The Hendrix version, released six months after Dylan's original recording, became a Top 20 single in 1968 and was ranked 47th in Rolling Stone magazine's 500 Greatest Songs of All Time.


"Masters of War" is a song by Bob Dylan, written over the winter of 1962–63 and released on the album The Freewheelin' Bob Dylan in the spring of 1963. The song's melody was adapted from the traditional "Nottamun Town". Dylan's lyrics are a protest against the Cold War nuclear arms build-up of the early 1960s.


I Shall Be Released

The Band recorded the first officially-released version of the song for their 1968 debut album, Music from Big Pink, with Richard Manuel singing lead vocals, and Rick Danko and Levon Helm harmonizing in the chorus. The song was also performed near the end of the Band's 1976 farewell concert, The Last Waltz, in which all the night's performers (with the exception of Muddy Waters) plus Ringo Starr and Ronnie Wood appeared on the same stage. Additional live recordings by the Band were included on the 1974 concert album Before the Flood and the 2001 expanded CD reissue of Rock of Ages.

"It Ain't Me Babe" is a song by Bob Dylan that originally appeared on his fourth album Another Side of Bob Dylan, which was released in 1964 by Columbia Records. According to music critic Oliver Trager, this song, along with others on the album, marked a departure for Dylan as he began to explore the possibilities of language and deeper levels of the human experience. Within a year of its release, the song was picked up as a single by artists who were forging the folk rock movement, including The Turtles and The Byrds. 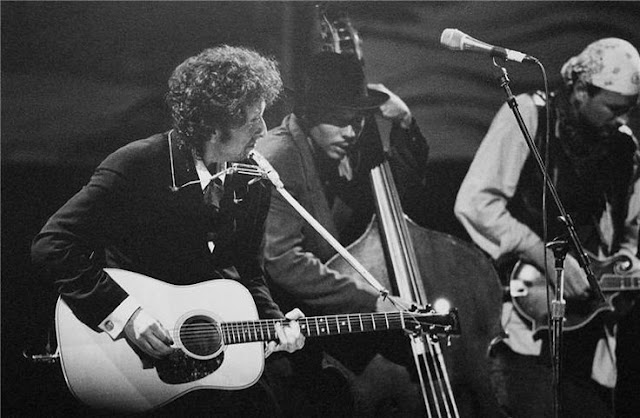 From the beginning, the promoters wanted Bob Dylan to play Woodstock. The reason they even wanted the festival to be held in Woodstock in 1969 was to lure Dylan, a local, to play the festival. Unfortunately, at the time Dylan was recovering from a motorcycle accident and trying to live a quiet life. When Woodstock ’94 was set to take place, Dylan was coming off of a string of less-than-stellar albums and his recording contract was up for renewal. He agreed to play and performed a set that helped reignite his career.
Gepost door Arthur,s Musical Journey op vrijdag, april 21, 2017 Geen opmerkingen: 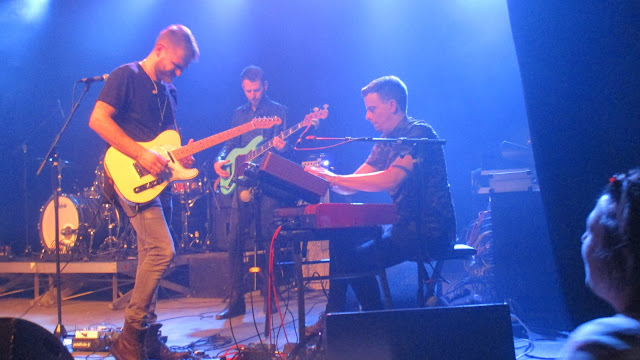 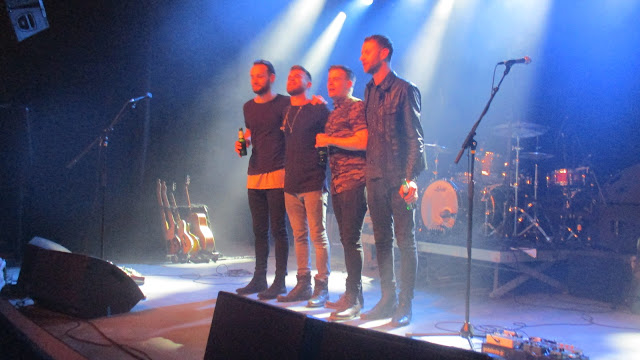 
“F***ing amazing! I loved his playing…I really loved his playing!” -Jeff Beck
“A Really great player!” -Gary Moore
“﻿﻿Unbelievable! It’s very refreshing to hear someone in today’s time who reminds me of the guys who inspired me when I was young. He’ll be a household name someday for sure…Amazing!” -Richie Kotzen
“Ben really brings the fire with his licks. He’s got neck-snapping vibrato where he catches a bunch of strings at once and grinds the shit out of them. By the way he hits the guitar, we can only assume it’s been saying rude things about his mother! Ben impressed with his tone, touch and stage presence. Ben Poole: the next Joe Bonamassa?” -’Total Guitar’ magazine
“A fleet fingered and talented newcomer to the British blues scene. His playing may be ferocious but he rarely sacrifices precision for it. His phrasing belies his years. Definitely one to watch.” -’Guitarist’ Magazine
“This is a young man to look out for as he is no doubt a rising talent and should be supported when he comes to a local venue.” -’Blues Matters’ Magazine
“Very good. A really fresh sound and style!” -Paul Jones (BBC Radio 2)
“Great tracks, great guitar and vocal live…one great special player!” -Bernie Torme (Ozzy Osbourne, Ian Gillan/Deep Purple)
“Blues Extravaganza! The guitar sounds were impeccable, the timing was beyond reproach and there was evidence of dynamic awareness throughout…This was no “lazy” blues offering – Ben managed to sneak in everything from country licks to Satriani-style legato widdling, yet this was never to the detriment of the overall musicality of the performance. Nice!” -Guthrie Govan