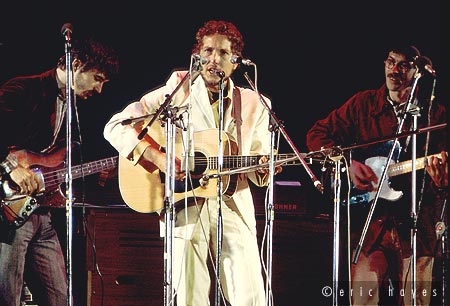 Thanks to rumours that one or all of The Beatles would be joining him on stage,Dylan's comeback show had now been, in the words of music journalist John Harris, "inflated into the gig of the decade". On 31 August, a nervous Bob Dylan arrived on stage in a cream suit recalling Hank Williams, with a haircut and a short beard.

Backed by The Band, he performed recent pieces from his Nashville Skyline and John Wesley Harding albums as well as countryfied versions of earlier songs such as "Maggie's Farm", "Highway 61 Revisited" and "Like a Rolling Stone"− much to the surprise and consternation of the audience and the throng of journalists. Levon Helm later commented: "Bob had an extra list of songs with about eight or ten different titles ... that we would've gone ahead and done had it seemed like the right thing to do. But it seemed like everyone was a bit tired ... the festival was three days old by then."


Bob Dylan - IThrew It All Away (Isle of White... door  morrisanddylan

John Lennon opined that Dylan's performance was reasonable, though slightly flat; and that the audience was "waiting for Godot or Jesus". Eric Clapton was mesmerized, however, having already been inspired back to blues and country post-Cream by Dylan's change of musical direction and by The Band's album Music From Big Pink. "Dylan was fantastic," Clapton later said. "He changed everything ... [The audience] couldn't understand it. You had to be a musician to understand it." Another vocal champion of The Band and avowed Dylan fan, George Harrison wrote a country song inspired by the event and dedicated to Dylan, "Behind That Locked Door", later released on his All Things Must Pass triple album. Folk singer Tom Paxton has referred to the "negative reaction in the British press", including "downright fabrications: like saying he had run off stage half-way through. ... I went with him and The Beatles to the farmhouse where he was clearly in a merry mood because he had felt it had gone so well ... The Beatles had brought a test pressing of Abbey Road and we listened to it and had quite a party."(Wikipedia) 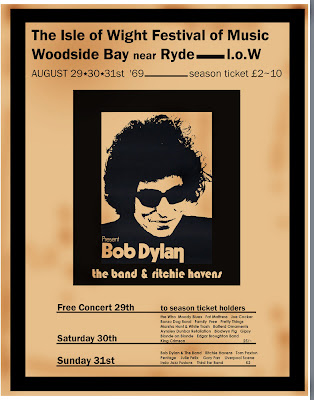 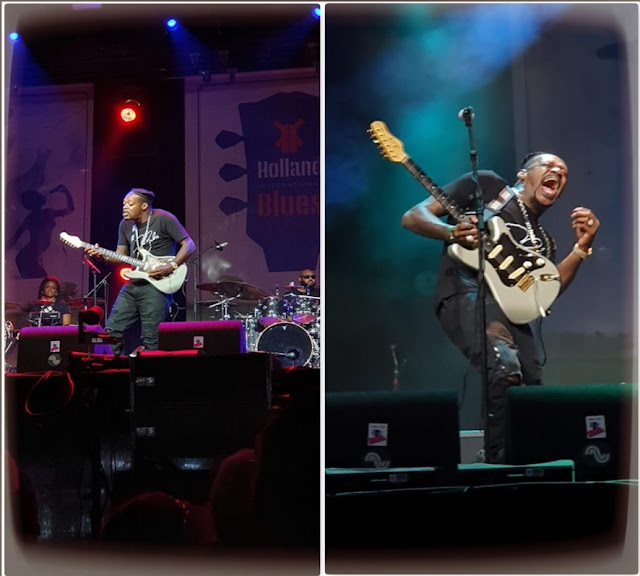