Dan Penn (feat.Buddy Miller) - It Tears Me Up 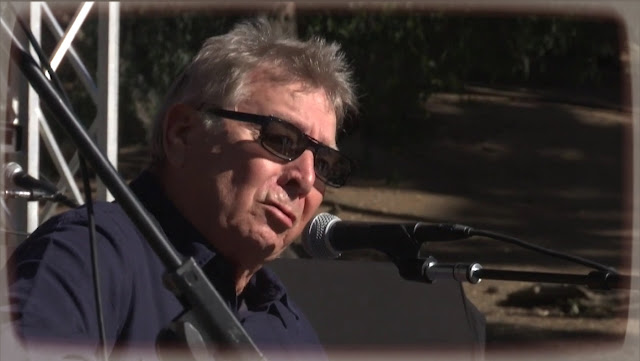 Dan Penn (born Wallace Daniel Pennington, 16 November 1941) is an American singer, musician, songwriter, and record producer who co-wrote many soul hits of the 1960s, including "The Dark End of the Street" and "Do Right Woman, Do Right Man" with Chips Moman and "Cry Like a Baby" with Spooner Oldham. Penn also produced many hits, including "The Letter", by the Box Tops. Though considered to be one of the great white soul singers of his generation Penn has released relatively few records featuring his own vocals and musicianship, preferring the relative anonymity of songwriting and producing.

The song It Tears Me Up was written by Spooner Oldham, Dan Penn and was first recorded by Dan Penn in 1965. It was first released by Percy Sledge in 1966. It was covered by Elvis Costello and The Confederates, Hacienda Brothers, Charles Walker 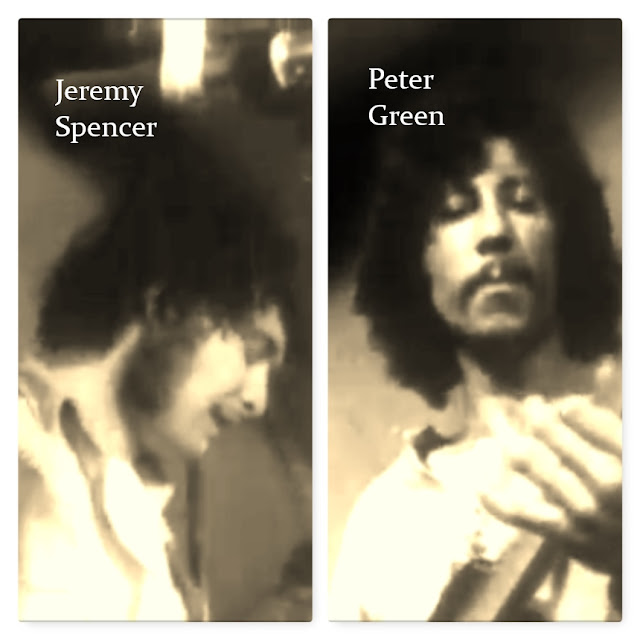 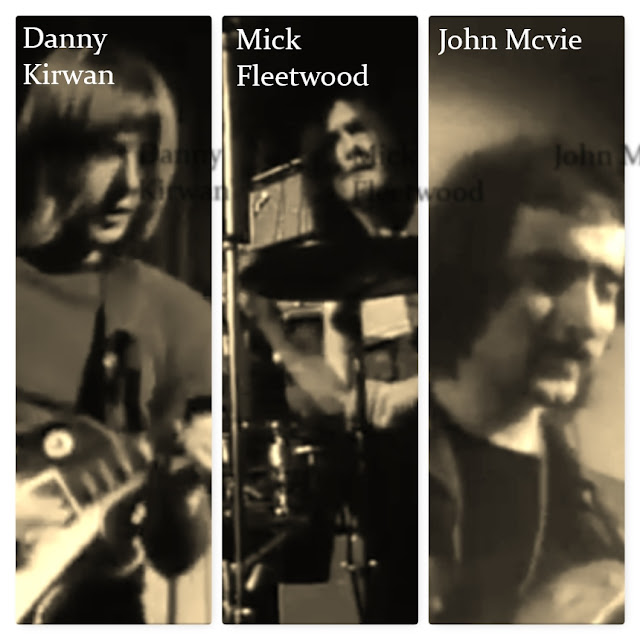 Fleetwood Mac were formed in July 1967 in London when Peter Green left the British blues band John Mayall & the Bluesbreakers. Peter Green had replaced guitarist Eric Clapton in the Bluesbreakers,[8] and received critical acclaim for his work on their album A Hard Road. After he had been in the Bluesbreakers for some time, Green asked if drummer Mick Fleetwood could replace Aynsley Dunbar. Green had been in two bands with Fleetwood—Peter B's Looners and the subsequent Shotgun Express (which featured a young Rod Stewart as vocalist).John Mayall agreed and Fleetwood became a member of the band.The Bluesbreakers now consisted of Green, Fleetwood, John McVie and Mayall. Mayall gave Green free recording time as a gift, in which Fleetwood, McVie and Green recorded five songs. The fifth song was an instrumental which Green named after the rhythm section, "Fleetwood Mac". (Wikipedia)

Soon after, Green contacted Fleetwood to form a new band. The pair wanted McVie on bass guitar and even named the band 'Fleetwood Mac' as a way to entice him. However, McVie opted to keep his steady income with Mayall rather than take a risk with a new band. In the meantime, Peter Green and Mick Fleetwood teamed up with slide guitarist Jeremy Spencer and bassist Bob Brunning, who was in the band on the understanding that he would leave if McVie agreed to join. The Green, Fleetwood, Spencer, Brunning version of the band made its debut on 13 August 1967 at the Windsor Jazz and Blues Festival as Peter Green's Fleetwood Mac featuring Jeremy Spencer. Brunning merely played at a handful of gigs with Fleetwood Mac. Within weeks of this show, John McVie agreed to join the band as permanent bassist.(Wikipedia)

Fleetwood Mac's first album, Fleetwood Mac, was a no-frills blues album and was released on the Blue Horizon label in February 1968.[13] In fact there were no other players on the album (except for the song "Long Grey Mare", which was recorded with Brunning on bass). The album was successful in the UK, hitting No. 4, though it did not have any singles on it. The band soon released two singles "Black Magic Woman" (later a big hit for Santana) and "Need Your Love So Bad".
The band's second album, Mr. Wonderful, was released in August 1968. Like the first, it was an all-blues album. The album was recorded live in the studio with miked amplifiers and PA system, rather than plugged into the board.. They also added horns and featured a friend of the band on keyboards, Christine Perfect of Chicken Shack.(Wikipedia)

Shortly after the release of their second album, Fleetwood Mac added guitarist Danny Kirwan, then just eighteen years old, to their line-up, recruited from the South London blues trio Boilerhouse, consisting of Kirwan on guitar with Trevor Stevens on bass and Dave Terrey on drums.[17] Green and Fleetwood had been to watch Boilerhouse rehearse in a basement boiler-room and Green was so impressed, he invited the band to play support slots for Fleetwood Mac. Green wanted Boilerhouse to become a professional band but Stevens and Terrey were not prepared to turn professional at the time, so Green sought to find another rhythm section by placing an ad in Melody Maker. There were over 300 applicants, but when Green and Fleetwood ran auditions at the Nag's Head in Battersea (home of the Mike Vernon Blue Horizon Club), the hard to please Green could not find anyone good enough to replace the pair, so he invited Kirwan to join Fleetwood Mac as their third guitarist.(Wikipedia)

O Well
Green had been frustrated that Jeremy Spencer had little desire to contribute to Green's songs. A self-taught guitarist, Kirwan's signature vibrato and unique style added a new dimension to an already complete band. With Kirwan, the band released their first number one single in Europe, "Albatross". Around this time they released their second American album, English Rose, which contained half of Mr. Wonderful, new songs from Kirwan, and their third European album called The Pious Bird of Good Omen, which was a collection of singles, B-sides, and a selection of some work the band did with Eddie Boyd.(Wikipedia)

When the band went to the United States in January 1969 they recorded many songs at the soon-to-close Chess Records Studio, with some blues legends of Chicago including Willie Dixon, Buddy Guy and Otis Spann. These would prove, however, to be Fleetwood Mac's last all-blues recordings. Along with their change of style, the band was also going through some label changes. Up until this point, they had been on Blue Horizon. With Kirwan in the band, however, the musical possibilities were too great for them to stay on a blues-only label. The band signed with the Immediate Records label and released "Man of the World", another British and European hit single. For the B-side Spencer fronted Fleetwood Mac as "Earl Vince and the Valiants" and recorded "Somebody's Gonna Get Their Head Kicked In Tonite", typifying the more raucous rock 'n' roll side of the band. Immediate Records was in bad shape and the band shopped around for a new deal. Even though The Beatles wanted the band on Apple Records (Mick Fleetwood and George Harrison were brothers-in-law), the band's manager Clifford Davis decided to go with Warner Bros. Records (through Reprise Records, a Frank Sinatra-founded label), the label they have stayed with ever since.(Wikipedia)

Give me All Your Love

Fleetwood Mac's first album for Reprise, released in September 1969, was the well-regarded Then Play On. Although the initial pressing of the American release of this album was the same as the British version, it was altered to contain the song "Oh Well", which featured consistently in live performances from the time of its release through 1997, and then again starting in 2009. Then Play On, which was the band's first rock album, featured only the songs of Kirwan and Green. Jeremy Spencer, meanwhile, recorded a solo album (he was backed by the rest of the band) which consisted of many 1950s-style rock and roll songs.(Wikipedia)

In July 1969, Fleetwood Mac opened for Ten Years After at the Schaefer Music Festival at New York City's Wollman Rink. They re-appeared at the festival in 1970.
By 1970, Peter Green, the frontman of the band, was not in good health. He had taken LSD in Munich, which may have contributed to the onset of his schizophrenia.[19] German author and filmmaker Rainer Langhans mentions in his autobiography that he and Uschi Obermaier met Peter Green in Munich, where they invited him to their "High-Fish-Commune". They were not really interested in Green; they just wanted to get in contact with Mick Taylor: Langhans and Obermaier wished to organise a "Bavarian Woodstock". They wanted Jimi Hendrix and The Rolling Stones to be the leading acts of their Bavarian open air festival. They needed Green just to get in contact with The Rolling Stones via Mick Taylor.(Wikipedia)

Green's last hit with Fleetwood Mac was "The Green Manalishi (With the Two-Prong Crown)" (first recorded at the Boston Tea Party in February 1970 and later recorded by Judas Priest). This recording was released as Green's mental stability deteriorated, and he wanted to give all of the band's money to charity. Other members of the band did not agree, and subsequently Green decided to leave the band. His last show with Fleetwood Mac was on 20 May 1970. During that show, the band went past their allotted time and the power was shut off, although Mick Fleetwood kept drumming. Some of the Boston Tea Party recordings (5/6/7 February 1970) were eventually released in the 1980s as the Live in Boston album, with a more complete remastered 3-volume compilation released by Snapper Music in the late 1990s.(Wikipedia) 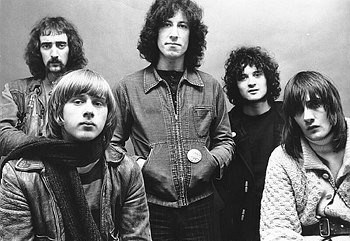 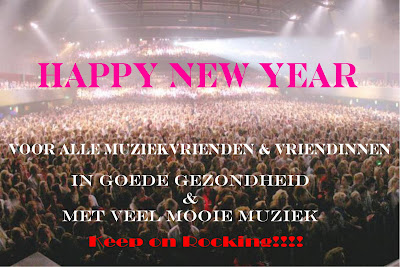 A look back at my musical adventures of the year 2019. It was a beautiful year ...