In this period, the early to mid-eighties, Young played music in many different genres.His backing band, the "International Harvesters", consisted of professional country musicians from Nashville some of whom had also played (as "The Shocking Pinks") on his rock and roll album Everybody's Rockin'.

Ready for the Country

A Treasure is a live album by Canadian musician Neil Young, released on June 14, 2011, featuring performances from his 1984-1985 U.S. tour with the International Harvesters. The album is volume nine in Young's Archives Performance Series and the sixth to be released. 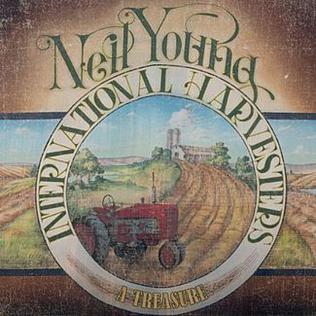 The album results from a tour following Young's recording what he later called the first Old Ways, an album of country music that his record company refused to release since they claimed it wasn't commercial enough
Gepost door Arthur,s Musical Journey op donderdag, oktober 04, 2018 Geen opmerkingen: