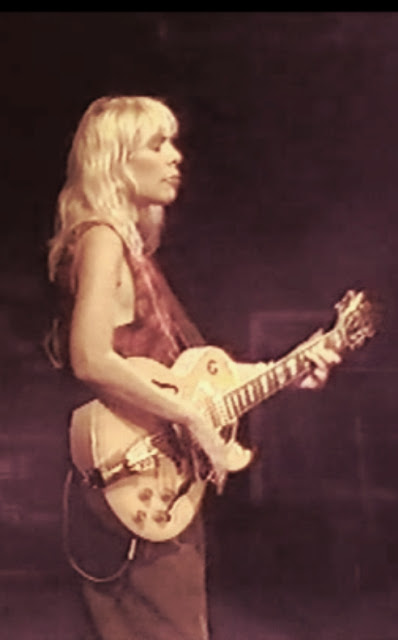 /
Mitchell said this about writing the song to journalist Alan McDougall in the early 1970s:


I wrote 'Big Yellow Taxi' on my first trip to Hawaii. I took a taxi to the hotel and when I woke up the next morning, I threw back the curtains and saw these beautiful green mountains in the distance. Then, I looked down and there was a parking lot as far as the eye could see, and it broke my heart... this blight on paradise. That's when I sat down and wrote the song.[5]


The song is known for its environmental concern – "They paved paradise to put up a parking lot" and "Hey farmer, farmer, put away that DDT now" – and sentimental sound. The line "They took all the trees, and put 'em in a tree museum / And charged the people a dollar and a half just to see 'em" refers to Foster Botanical Garden in downtown Honolulu, which is a living museum of tropical plants, some rare and endangered.[6]
In the song's final verse, the political gives way to the personal. Mitchell recounts the departure of her "old man" in the titular "big yellow taxi," which may refer to the old Metro Toronto Police patrol cars, which until 1986 were painted yellow.[7] In many covers the departed one may be interpreted as variously a boyfriend, a husband or a father. The literal interpretation is that he is walking out on the singer by taking a taxi; otherwise it is assumed he is being taken away by the authorities.
Mitchell's original recording was first released as a single and then, as stated above, included on her 1970 album Ladies of the Canyon. A later live version was released in 1974 (1975 in France and Spain) and reached No. 24 on the U.S. charts. Mitchell's playful closing vocals have made the song one of the most identifiable in her repertoire, still receiving significant airplay in Canada. In 2005, it was voted No. 9 on CBC's list of the top 50 essential Canadian tracks. 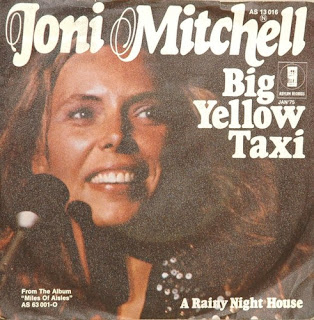 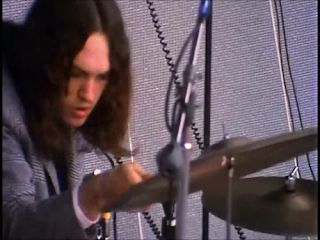 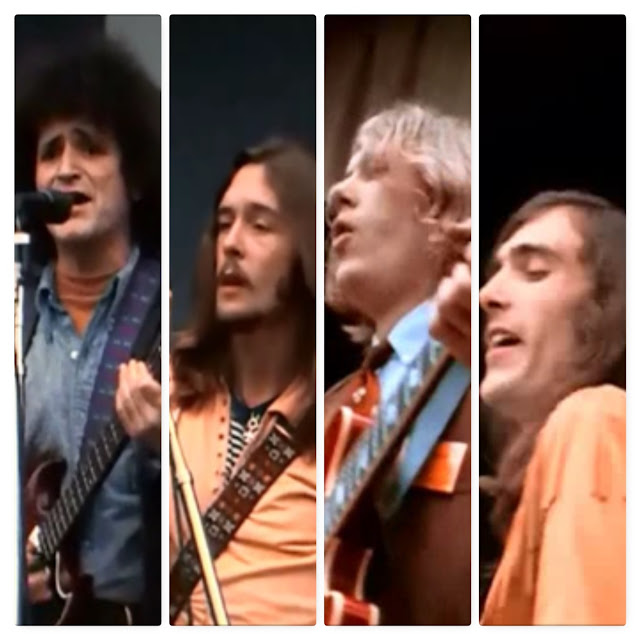 
Quicksilver Messenger Service started life during the folk-rock boom as an electric backing band for singer-guitarist-songwriter Dino Valenti. Before they could develop in that capacity, however, Valenti was arrested for drug possession and received a prison sentence. Rather than splitting up, however the group continued on without their front man, and over the next two years, the group proceeded to astound audiences in San Francisco with their performances, consisting of extended jams, stretched out through Cipollina’s shimmering angular lead guitar lines. For a time, the two top acts in the city were “the Quick and the Dead (The Grateful Dead),” but at the time of their appearance at Monterey, Quicksilver had yet to be signed by any label. 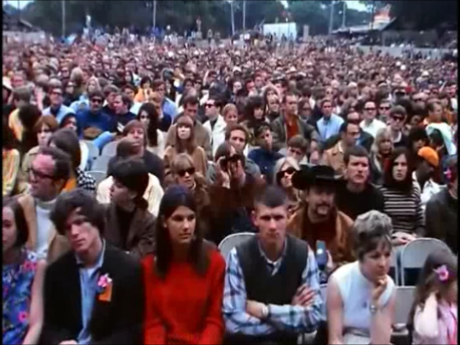 Later in 1967, they got a spot in Jack O’Connell’s Haight-Ashbury documentary Revolution (1968), and on the accompanying soundtrack album. By the end of the year—by which time singer-guitarist Jim Murray had exited—they were under contract to Capitol Records. It wasn’t until a year after Monterey that their self-titled debut album was released, but it only captured a faint echo of the band’s dynamic live sound. Their second album, Happy Trails, was somewhat more representative, highlighted by the presence of a 25-minute jam growing out of Bo Diddley’s “Who Do You Love.” After that, the line-up began to splinter, as Gary Duncan quit and was replaced by British keyboard virtuoso Nicky Hopkins, for the album Shady Grove. Duncan returned soon after its release and it was at that point that Valenti finally rejoined the group, after attempting to restart his solo career following his parole from jail. This expanded Quicksilver line-up lasted until 1972 when Cipollina, Freiberg, and Hopkins all left—the remainder of the group, effectively led by Valenti, carried on with hired replacements for two albums before officially disbanding in 1973. 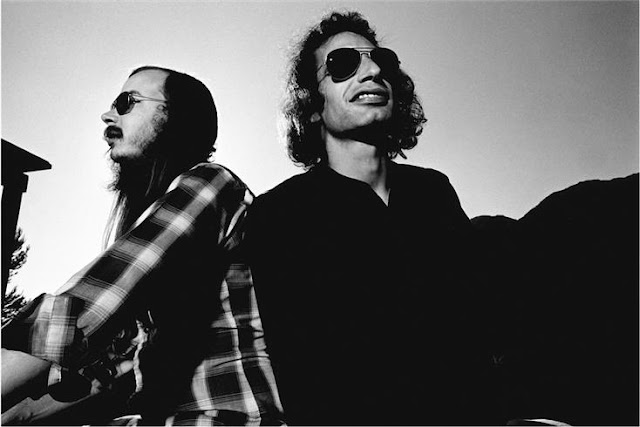 The following is taken from Steely Dan’s website: "While recording "Gaucho", Becker and Fagen had to endure various misfortunes which delay the release date: Becker is hit by a car, one of their favorite new tracks "The Second Arrangement" is accidentally erased by an assistant recording engineer, and there is a dispute over which record company has the rights to their forthcoming album.

"Becker and Fagen had already signed a new contract with Warner Brothers, but ABC (now owned by MCA) claims that they are still owed one more album. MCA wins the contract dispute and then decides to increase the album's list price to US$9.98, one dollar more than all the other albums. Donald and Walter continue to hold back the album while they unsuccessfully fight the price increase. Finally, Gaucho is released in November, 1980." Aja came out in 1977 and Steely Dan took three years fighting with their record company before they released Gaucho in 1980. Unknown to most fans was the "lost" Gaucho, a complete album vastly different to what was released. Of the songs that appeared on Gaucho only three appeared on this lost version in different form. Were You Blind That Day was an early rendition of a song with different lyrics that finally appeared as Third World Man on Gaucho. Time Out Of Mind on the lost version is simpler missing the embellishments added on the Gaucho version. And the title track here is just an instrumental. But the lost Gaucho had original songs that never appeared before. Kind Spirit, The Bear, The Second Arrangement, Talkin’ About My Home and Kulee Baba have never been released as far as we know in any form. For the longest time, the only source of info on this lost album was from Brian Sweet’s Steely Dan biography, Reelin’ In The Years, which told the story of how at least one track from the early Gaucho sessions was accidentally erased by a careless engineer. The track was identified as The Second Arrangement. Sweet said Becker and Fagen decided it was too difficult to get the feel of that song and abandoned it in favor of Third World Man. These early sessions supposedly originate from 1979 and earlier versions of these songs circulated in poorer quality until 2002 when high quality copies of the sessions emerged. A copy was recently torrented and shared among the trading community. We’ve heard the earlier Gaucho Outtakes and can vouch that this new source is superior with a clean sound and wide stereo. (However, CD #1 was unfortunately presented in an 'Out-Of-Phase' reproduction, which can be corrected by means of 'Phase Reversal' on one channel in analogue mode.) As to why so many songs were dropped from the final lineup of Gaucho, a case can be made that this early version was too close in style to 1977’s Aja - shorter songs, sweeter melodies and more accessible lyrics. The finally released Gaucho seemed purposely obscure, deep and complex. Was it to spite their record company MCA? Is it possible that The Second Arrangement was never erased but that Becker and Fagen concocted the story to avoid releasing what they thought was the better version of Gaucho? Listen and decide for yourself.