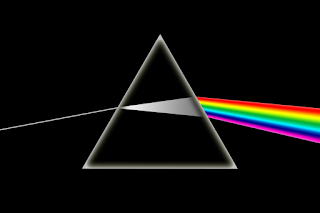 ."Any Colour You Like" is the eighth track on the English progressive rock band Pink Floyd's 1973 album, The Dark Side of the Moon. It is an instrumental written by David Gilmour, Richard Wright and Nick Mason.

Roger Waters, in an interview with the author Phil Rose, stated: "In Cambridge where I lived, people would come from London in a van - a truck - open the back and stand on the tailboard of the truck, and the truck's full of stuff that they're trying to sell. And they have a very quick and slick patter, and they're selling things like crockery, china, sets of knives and forks. All kinds of different things, and they sell it very cheap with a patter. They tell you what it is, and they say 'It's ten plates, lady, and it's this, that, and the other, and eight cups and saucers, and for the lot I'm asking NOT ten pounds, NOT five pounds, NOT three pounds... fifty bob to you!,' and they get rid of this stuff like this. If they had sets of china, and they were all the same colour, they would say, 'You can 'ave 'em, ten bob to you, love. Any colour you like, they're all blue.' And that was just part of that patter. So, metaphorically, 'Any Colour You Like' is interesting, in that sense, because it denotes offering a choice where there is none. And it's also interesting that in the phrase, 'Any colour you like, they're all blue,' I don't know why, but in my mind it's always 'they're all blue', which, if you think about it, relates very much to the light and dark, sun and moon, good and evil. You make your choice but it's always blue." 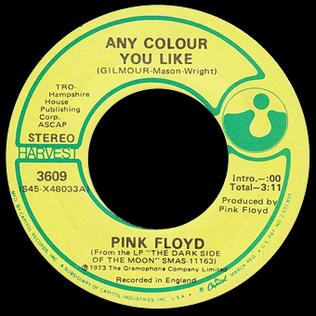 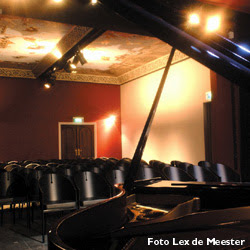