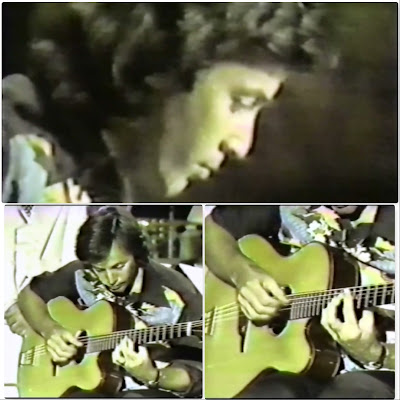 Bix Beiderbecke ,of Davenport,Iowa,learned cornet from some of the earliest jazzrecords and firsthand from the first jazzplayers to come north from New Orleans .By the time of his death in 1931 at 29,he was a legend among his fellow musicians for his beautiful cornet music.But he was also interested in  concert piano and particularly in de impressionistic style that Gershwin later associated with.Davenport Blues,Flashes and In A Mist are represented here in a salon-jazz context that bring out the atmosphere of  Bix,s strange music (Ry Cooder)

Flashes
"Flashes" is a 1931 jazz composition for solo piano by cornetist Bix Beiderbecke. The song is the third work in a series of four compositions for piano composed by Bix Beiderbecke during his career.
Bix Beiderbecke did not record the song himself but copyrighted the composition on April 18, 1931, along with "In the Dark", also a piano work, as "A Modern Composition for the Piano". Bill Challis assisted with the transcription for piano. "Flashes was recorded by jazz pianist Jess Stacy on November 15, 1935. Jazz trumpeter Bunny Berigan recorded the song in 1939 and released it as a 78 single on RCA Victor, 26121-A. In 2010, pianist Bryan Wright recorded the work on piano along with the three other piano compositions by Bix Beiderbecke, "In a Mist", "Candlelight", and "In the Dark".

"In a Mist" is a 1927 song composed by Bix Beiderbecke and released as a 78 single on Okeh as a piano solo. The song has become a jazz and pop standard.

"In a Mist" was recorded on September 9, 1927 in New York and released as Okeh 40916 and Vocalion 3150 backed with "Wringin' an' Twistin'" which was recorded with Frankie Trumbauer and Eddie Lang. Bix Beiderbecke played piano on the recording.
Bix Beiderbecke performed the composition on piano accompanied by Roy Bargy and Lennie Hayton at Carnegie Hall on October 7, 1928 at a jazz concert presented by Paul Whiteman.

Davenport Blues is a 1925 song composed and recorded by Bix Beiderbecke and released as a Gennett 78. The song has become a jazz and pop standard.

"Davenport Blues" was recorded by Bix Beiderbecke and His Rhythm Jugglers on January 26, 1925, in Richmond, Indiana, and released as Gennett 5654 backed with "Toddlin' Blues" as the A side. The band consisted of Tommy Dorsey on trombone, Paul Madeira Mertz on piano, Don Murray on clarinet, Howdy Quicksell on banjo, Tom Gargano on drums, and Bix Beiderbecke on cornet. The title derives from the name of Bix Beiderbecke's hometown of Davenport, Iowa. 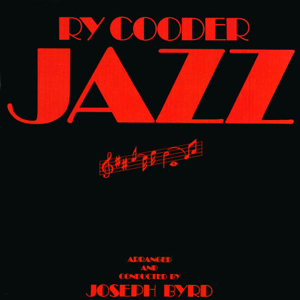 Jazz is the seventh album by Ry Cooder, produced by Joseph Byrd and Ry Cooder and released on the Warner Bros. Records label.