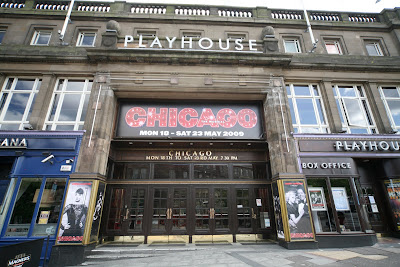 Bennett was born in Welshpool, Powys, Mid Wales. Emerging in the late sixties from the art school music scene of Kingston-upon-Thames and Guildford, Bennett was a one-man blues band whose virtuosity and co-ordination on drums, guitar and harmonica was as riveting as it was unique. His live sets combined his own compositions with Jimmy Reed-style blues standards often aided by friends Peter Green and Top Topham. He was a session musician in the early 1960s playing harmonica. Between 1968 and 1970 he seemed ever-present on John Peel's Top Gear and Sunday-repeated-on-Wednesday shows, gigged prodigiously and eventually joined John Mayall's Bluesbreakers as band member/solo act on a US tour in 1970. In the 1970s he drifted off into more whimsical mainstream material, but never landed the hit record his catchy and accessible tunes deserved.

His music was country blues with the occasional gospel offering. He recorded three albums and a string of singles for Blue Horizon. Bright Lights was recorded live at his beloved Gin Mill Club. He was very popular amongst the blues cognoscenti, while his legacy on Smiling Like I'm Happy was the haunting Jumping at Shadows, subsequently covered by Fleetwood Mac and revived in 1992 by Gary Moore, who covered it in his "After Hours" album. It is considered by some to be one of the best blues compositions penned on the east side of the Atlantic. Attempts to gain wider appeal with Mickie Most were unsuccessful. For decades, a clutch of live and home recordings on Indigo seemed to be all that remained of his work in the CD public domain until the 2006 first-time CD release of the Complete Blue Horizon Sessions reminded fans of what had been lost.


Let it shine with John Mayall & The Bluesbrakers


After performing with Memphis Slim on 26 March 1976, Bennett was driving home in a Ford Transit van in Warwickshire when he apparently fell asleep at the wheel. The van collided with a truck and Bennett was killed.
(Bron Wikipedia)
Gepost door Arthur,s Musical Journey op dinsdag, maart 30, 2010 Geen opmerkingen: