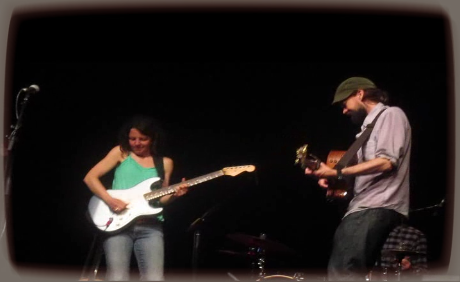 Dave McGraw & amp; Mandy Fer were a great ending to a beautiful year Crossroad-sessions in t, Zwijnshoofd in Bergen Op Zoom. I saw them a few years ago at Ramblin Roots in Utrecht, then as a duo, this time amplified with bass and drums. Below a summary of this wonderful performance.

The story of Dave and Mandy...


McGraw and Fer were invited to a seaside farm to care-take for four old donkeys and a flock of chickens for three months on a non-ferry serviced island with a winter population of fewer than eight people. Seizing the opportunity for a solitary writing residency, the duo loaded all of their instruments, minimal recording gear, and groceries into a tiny 16’ aluminum boat and crossed the channel towards the US/Canadian border for what they called their ‘feral’ adventure. Pushing wheelbarrows full of provisions in their rubber boots, they made their way to a hand-built cabin where they recorded Off-Grid Lo-Fi in a living room overlooking the Pacific inland sea. The recording set-up was basic. No computer screens or editing. No Auto-Tune. All real takes. The result is a twelve-song album drenched with rich vocal harmonies, poignant songwriting, Fer’s potent electric guitar playing, acoustic guitars, percussion, cello and newly prominent banjo and piano (all played by Fer and McGraw). Off-Grid Lo-Fi is an intimate, authentic and refreshingly honest exploration into the genres of folk, rock, and roots music.


Known as a standout electric guitarist and multi-instrumentalist, Mandy Fer is unafraid to dominate the stage for an extended guitar solo, defying long-held gender barriers for female guitarists. Dave McGraw’s emotional songwriting riffs on natural elements of the world around him. McGraw spent a decade as a wildlife biologist, studying endangered birds in remote locales from the deserts of Mexico and the Grand Canyon to the mountainous rainforests of Washington. McGraw and Fer joined forces in Flagstaff, Arizona in 2010 before relocating to the Pacific Northwest in 2012.


The duo’s 2014 release Maritime charted at #1 on the EuroAmericana Chart for two consecutive months and was praised by The Telegraph for “…soulful songs, intuitive musicianship, and fine singing.” Together, their exceptional vocal harmonies coupled with Fer’s pioneering electric guitar work have become a vehicle to carry them around the world. The pair has honed their skills touring extensively throughout the US and Europe, sharing stages with fellow troubadours including Iron & Wine, Glen Hansard, Gregory Alan Isakov, Kelly Joe Phelps, Birds of Chicago and many others. Winning over audiences anywhere from Alaska to Amsterdam, McGraw and Fer are harnessing much more than just the sun and wind with the worldwide release of their new album, Off-Grid Lo-Fi Summer 2016.

a beautiful end to a wonderful musical evening, until a next time......... 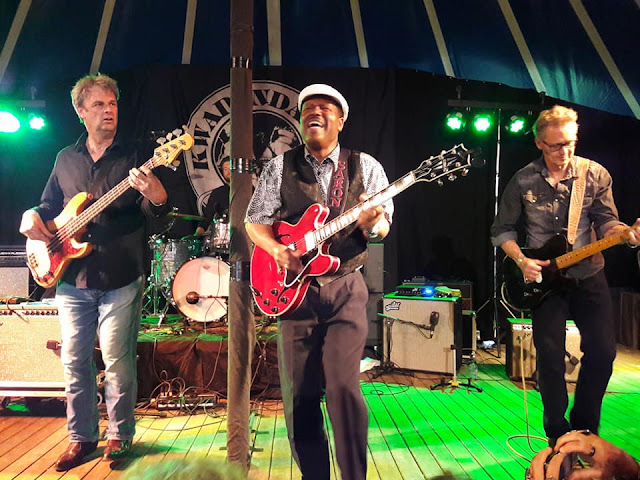 SaRon Crenshaw learned to play guitar at the age of ten. He is an extremely talented guitarist who travels the country playing Jazz and Rhythm and Blues. In the 70's and 80's he made his living playing bass for several bands in New Jersey, New York and South Carolina. He has shared stages with talented recording artists such as Lee fields, Roy Roberts, Denise lasalle, Bobby Rush, Jessie James, Tyrone Davis, and Chuck Roberson. He performs intensely at the Blues venues and festivals in the east coast for the past decade and has a large following in the Tri-state area. In 2010 and 2011, SaRon had the honor of opening up for Robert Cray and B.B.King on the big stages in Connecticut and won love from the audience with his acoustic performances. Saron's love is the Blues and he has been inspired by some of the greatest singers and players of all time, B.B. King, Albert King, Albert Collins, Stevie Ray Vaughan and Buddy Guy to name a few. SaRon plays a Gibson “Lucille” model guitar signed by B.B.King himself. He is a powerful entertainer and is never afraid to take his performance straight into the audience. 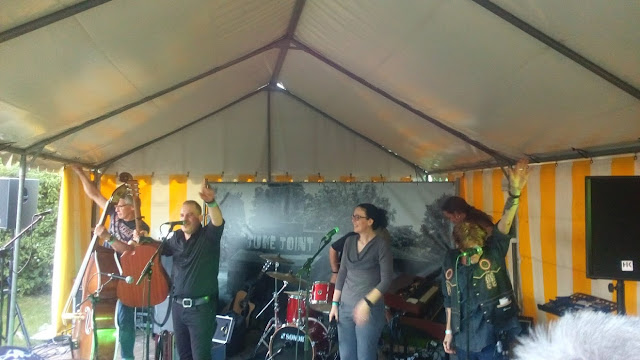