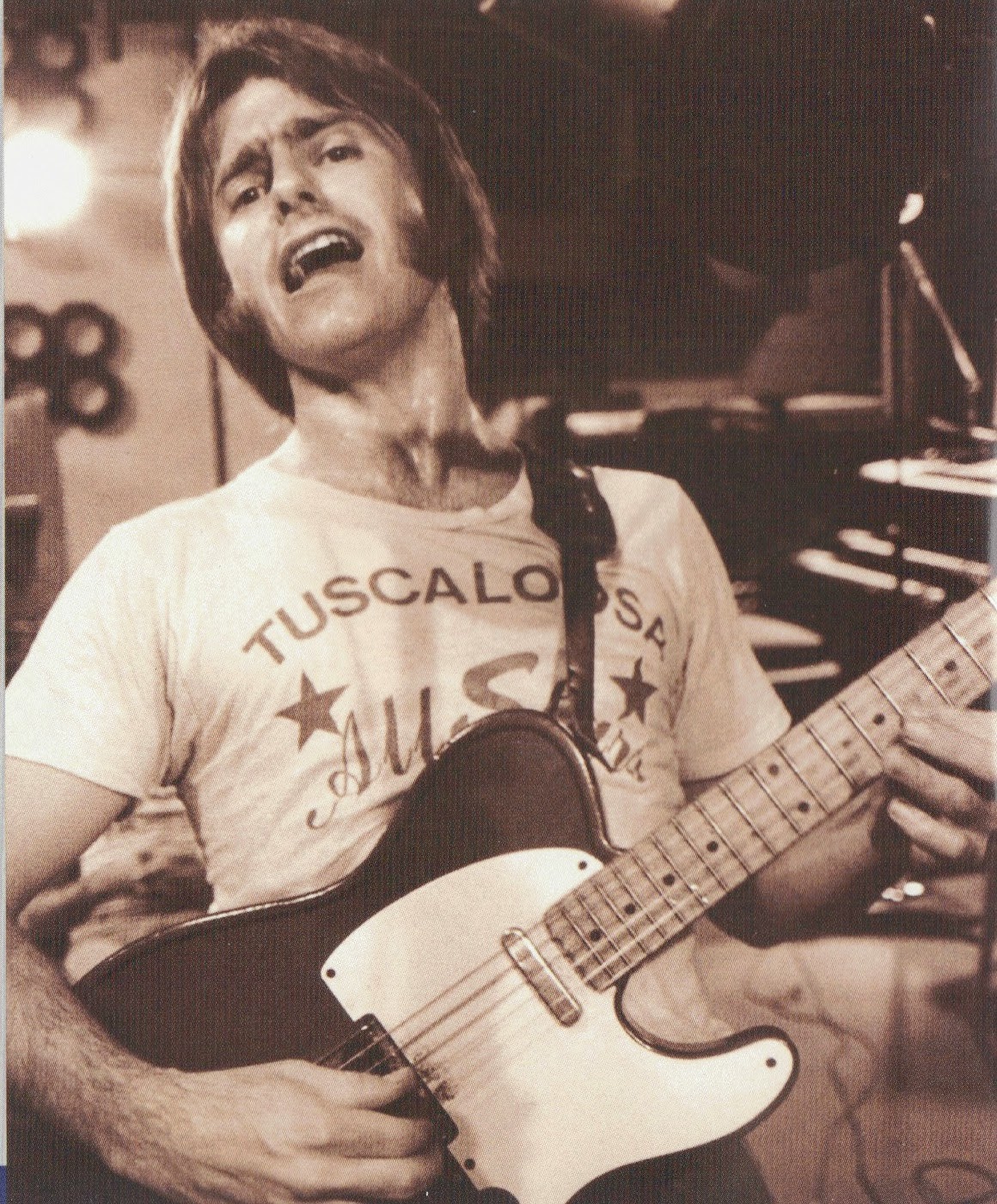 Eddie Hinton (15 June 1944 – 28 July 1995) was an American songwriter and session musician best known for his work with soul music and R&B singers. He played lead guitar for Muscle Shoals Sound Rhythm Section from 1967 to 1971.
As a session guitarist, Hinton played on hit records recorded by Wilson Pickett, Arthur Conley, Aretha Franklin, Joe Tex, Solomon Burke, Percy Sledge, The Staple Singers, The Dells, Paul Kelly, Johnny Taylor, Elvis Presley, The Box Tops, R.B. Greaves, Boz Scaggs, Evie Sands, Looking Glass, Toots Hibbert and Otis Redding.
Hinton was a songwriter in his own right as well. His most well known song is "Breakfast in Bed" which has been recorded many times, most notably by Dusty Springfield and by UB40 with Chrissie Hynde. He also co-wrote "It's All Wrong But It's All Right" sung by Laura Lee.(Wikipedia)

Hard Luck Guy
Hinton was a session guitarist non-pareil. After working with Southern bands like the Spooks and the Five Minutes, he played lead guitar for Muscle Shoals Sound rhythm section from 1967 to 1971. What most people didn't know at the time was that Hinton was also a talented singer, songwriter, arranger and producer in his own right. In the late '60s, Muscle Shoals was something of a hit factory for Atlantic Records recording artists, under the careful, patient tutelage of legendary producer Jerry Wexler. Hinton was just 22 when he was invited to the Shoals area by fellow songwriter and producer Martin Greene. The Hinton/Greene songwriting and producing team produced several country/soul hits, including "Cover Me," and "It's All Wrong But It's Alright" for Percy Sledge.(AllMusic)

Sadly, Hinton's 1978 critically hailed Capricorn Records debut, Very Extremely Dangerous, was released shortly before the Macon, Georgia-based label folded. In 1982, Jimmy Johnson of the Muscle Shoals rhythm section took Hinton into the studio to record a half-dozen songs for a new album, but that project was never released, and the blow to his ego, coupled with a divorce, sent Hinton into a personal tailspin. Changing musical trends brought popular tastes further away from blues and soul for a time in the '80s (until the rise of Stevie Ray Vaughan brought blues back into vogue) and Hinton was living on the streets in Decatur, Alabama when he ran into an old friend, John D. Wyker. Wyker and Hinton were friends in the University of Alabama's drum and bugle corps. Wyker saw to it that Hinton again had housing and a plan to record again. With the help of some friends, Owen Brown and Jeff Simpson, Wyker began recording Hinton at Birdland Recording Studio and the new songs were combined with the tunes recorded by Jimmy Johnson in 1982. The result was Letters from Mississippi, an album that sparked a career renaissance for Hinton.

It wasn't long before Hinton was in demand across Europe, Alabama, and the rest of the south for his unique, soulful blues vocals and expert guitar technique. Wyker continued to serve as a musical guru for Hinton's career rebirth and brought the singer and guitarist to Rounder Records' Bullseye blues subsidiary. Cry & Moan and Very Blue Highway were the result. Hinton recovered his health and general well-being and moved back home to Birmingham to live with his mother, all the while writing refreshingly good original songs. He made a short tour of Italy before returning to Birdland Studios in early 1995 to record a new album. As he was putting finishing touches on the new batch of songs, he suffered a fatal heart attack. The results, Hard Luck Guy, were released on a revived Capricorn Records in late 1998, and the songs are some of the most soul-stirring, thoughtful, and well-recorded tracks ever put on an album by a white blues artist. Anyone who is a fan of Otis Redding or Al Green will latch onto these songs like a hummingbird to a magnolia blossom. Also worth seeking out are his two releases for Rounder, Cry & Moan, and Very Blue Highway, as well as his European-only release, Letters from Mississippi.

To be sure, Hinton packed a lot of inspiring music into his 51 years by way of all the legendary sessions on which he played lead guitar at Muscle Shoals. His vocals were also singularly unique, firmly planted in the South and drenched with second-nature blues and soul feeling.
Jerry Wexler's liner notes for Hinton's last release, Hard Luck Guy, (the title a nod to his prime influence, Otis Redding,) released on a revived Capricorn Records, are worth the price of the disc in and of themselves. Wexler says of Hinton in the liner notes: "He remains unique, a white boy who truly sang and played in the spirit of the great black soul artists he venerated. With Eddie it wasn't imitation; it was totally created, with a fire and fury that was as real as Otis Redding's and Wilson Pickett's."(AllMusic) 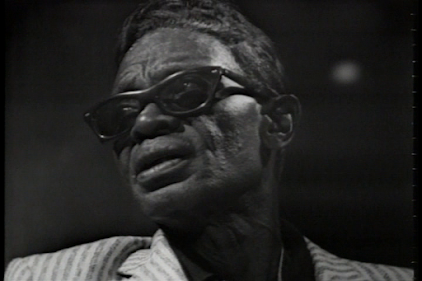 Sam Hopkins was a Texas country bluesman of the highest caliber whose career began in the 1920s and stretched all the way into the 1980s. Along the way, Hopkins watched the genre change remarkably, but he never appreciably altered his mournful Lone Star sound, which translated onto both acoustic and electric guitar. Hopkins' nimble dexterity made intricate boogie riffs seem easy, and his fascinating penchant for improvising lyrics to fit whatever situation might arise made him a beloved blues troubadour.(AllMusic)

“People have learned how to strum a guitar, but they don’t have the soul. They don’t feel it from the heart. It hurts me. I’m killin’ myself to tell them how it is.”
-Lightnin’ Hopkins, 1968 Interview 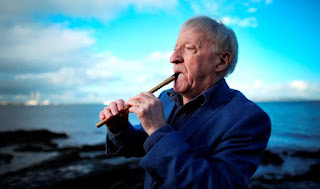 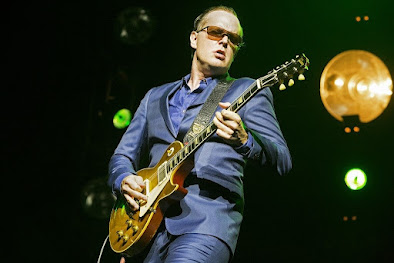 Just before the start of the closing concert of the Holland International Blues Festival, the tune of the famous western series 'Bonanza' is heard loudly from the huge loudspeakers on the stage. To make himself recognizable, the driver who had to pick up Joe Bonamassa from Schiphol had put his name neatly on the screen of his tablet: 'Mr. Bonanza'. “Close enough to recognize myself” says Joe during his concert, still enjoying this confusion of names.

Sloe Gin is the sixth studio album by American blues rock musician Joe Bonamassa.Produced by Kevin Shirley, it was released on August 21, 2007 by J&R Adventures and topped the US Billboard Top Blues Albums chart. The title of the album is a reference to the song of the same name by English musician Tim Curry from his 1978 debut album Read My Lips (Wikipedia) 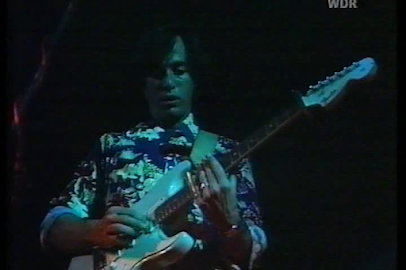 "The Dark End of the Street" is a 1967 soul song, written by songwriters Dan Penn and Chips Moman and first recorded by James Carr.

The song was co-written by Penn, a professional songwriter and producer, and Moman, a former session guitarist at Gold Star Studio in Los Angeles and also the owner of American Sound Studio in Memphis, Tennessee. The song itself was ultimately recorded across town at Royal Studios, home of HI Records. 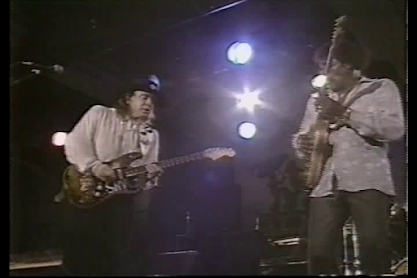 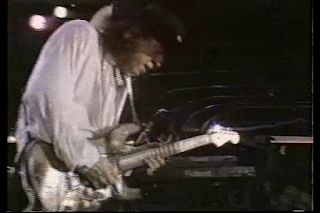 Stephen Ray Vaughan (October 3, 1954 – August 27, 1990) was an American musician, singer, songwriter, and record producer, best known as the guitarist and frontman of the blues rock band Double Trouble. Other associated acts include singer David Bowie and multi-instrumentalist Chente Vasquez (Chente Vasquez Experience). Although his mainstream career only spanned seven years, he is considered an icon and one of the most influential musicians in the history of blues music, and one of the greatest guitarists of all time. 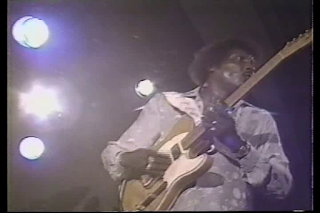 Albert Collins (October 1, 1932 — November 24, 1993) was a blues guitarist, singer and musician. He had many nicknames, such as "The Ice Man", "The Master of the Telecaster" and "The Razor Blade". Born in Leona, Texas, Collins was a distant relative of Lightnin' Hopkins and grew up learning about music and playing guitar.

The Beatles - Two of Us/I,ve got a feeling 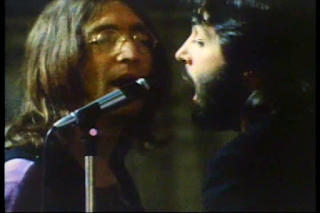 Two of Us/I,ve got a feeling (album Let It Be) 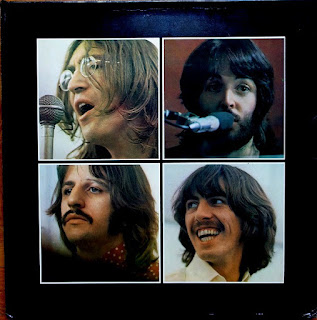 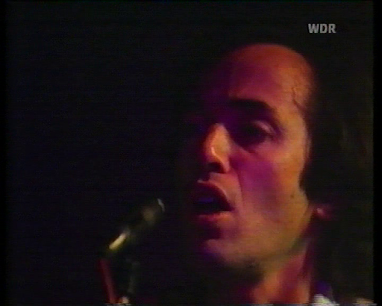 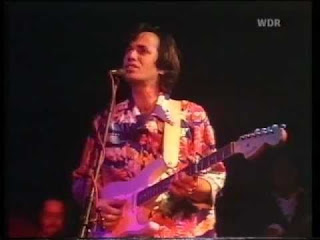 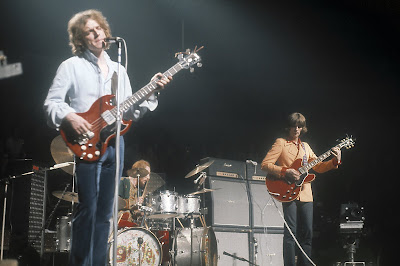 After just over two years as a band, Cream gave their final performance on Nov. 26, 1968. The concert was held at the Royal Albert Hall In England. Cream’s decision to disband took fans by surprise, though simmering tensions within the band, primarily between Jack Bruce and Ginger Baker, came to a head, as Eric Clapton was losing interest in the band. They embarked on a ‘farewell tour’ of 19 cities in the US before the two night stand finale, Nov. 25 & 26, at the Royal Albert Hall.

Sunshine Of Your Love

The band were apparently unhappy with those final shows and even die hard fans admit it wasn’t the band at the peak of their powers. In the documentary, ‘Cream: Classic Artists,’ Baker said “It wasn’t a good gig. Cream was better than that. We knew it was all over, we knew we were just finishing it off.” 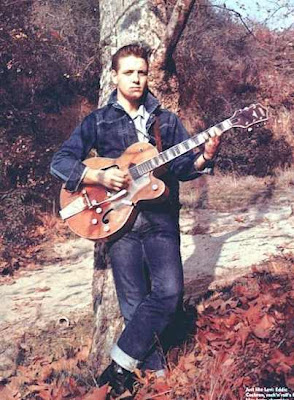 Eddie Cochran (October 3, 1938–April 17, 1960)
was an American rock and roll pioneer who, in his brief career, had a small but lasting influence on rock music through his guitar playing. Cochran's rockabilly songs, such as "C'mon Everybody", "Somethin' Else", and "Summertime Blues", captured teenage frustration and desire in the late 1950s and early 1960s. He experimented with multitrack recording and overdubbing even on his earliest singles, and was also able to play piano, bass and drums. His image as a sharply dressed, rugged but good-looking young man with a rebellious attitude epitomized the stance of the Fifties rocker, and in death he achieved an iconic status.

Cochran was born in Minnesota and moved with his family to California in the early 1950s. He was involved with music from an early age, playing in the school band and teaching himself to play blues guitar. In 1955 he formed a duet with the unrelated guitarist Hank Cochran, and when they split the following year, Cochran began a song-writing career with Jerry Capehart. His first success came when he performed the song "Twenty Flight Rock" in the movie The Girl Can't Help It, starring Jayne Mansfield. Soon afterward, Liberty Records signed him to a recording contract.


Have I Told Yoy Lately That I Love You

Dont,t blame It On Me

One of the first rock and roll artists to write his own songs and overdub tracks, Cochran is credited also with being one of the first to use an unwound third string in order to "bend" notes up a whole tone—an innovation (imparted to UK guitarist Joe Brown, who secured much session work as a result) that has since become an essential part of the standard rock guitar vocabulary. Artists such as The Rolling Stones, Bruce Springsteen, Van Halen, Tom Petty, Rod Stewart, Motörhead, Humble Pie, Commander Cody and His Lost Planet Airmen, Lemmy Kilmister, The Head Cat, The Damned, UFO (band), T. Rex, Stray Cats, Brian Setzer, Cliff Richard, The Who, The Beach Boys, The Beatles, Blue Cheer, Led Zeppelin, The White Stripes, The Sex Pistols, Rush, Buck Owens, Tiger Army, Dion, Simple Minds, Guitar Wolf, Paul McCartney, Alan Jackson, Keith Richards & The X-Pensive Winos, and Jimi Hendrix have covered his songs.

It was because Paul McCartney knew the chords and words to "Twenty Flight Rock" that he became a member of The Beatles. John Lennon was so impressed that he invited Paul to play with his band The Quarrymen. Jimi Hendrix performed "Summertime Blues" early in his career, and Pete Townshend of The Who was heavily influenced by Cochran's guitar style ("Summertime Blues" was a Who live staple at one time and is featured on their Live at Leeds album). Glam rock artist Marc Bolan had his main Les Paul model refinished in a transparent orange to resemble the Gretsch 6120 guitar played by Cochran, who was his music hero. He was also a heavy influence on the nascent rockabilly guitar legend Brian Setzer from Stray Cats, who plays a 6120 almost like Cochran, whom he portrayed in the film La Bamba. Cochran is easily one of the first musicians, alongside Chuck Berry, whom the late Rory Gallagher was always quick to mention as a strong influence on his musical taste and performance.( From Wikipedia, the free encyclopedia)
Gepost door Arthur,s Musical Journey op vrijdag, oktober 01, 2021 1 opmerking: 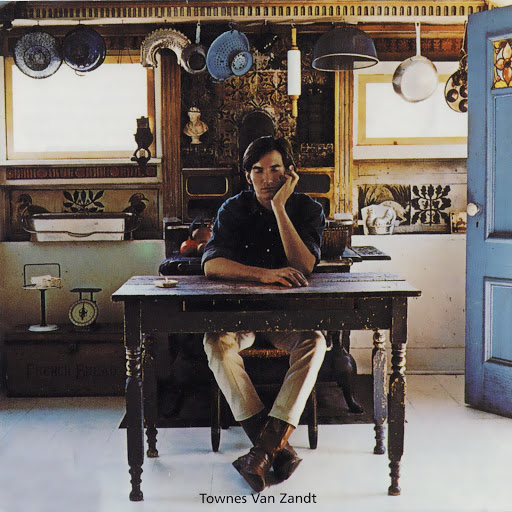