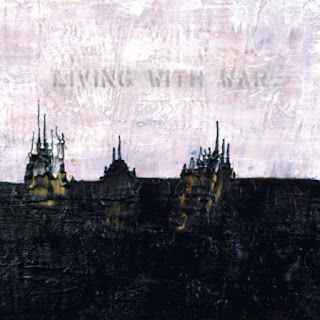 Living With War is the 27th studio album by the Canadian musician Neil Young, released on May 2, 2006. The album's lyrics, titles, and conceptual style are highly critical of the policies of the George W. Bush administration; the CTV website defined it as "a musical critique of U.S. President George W. Bush and his conduct of the war in Iraq". Written and recorded over the course of only nine days in March and April 2006,[1][9] its lyrics are in line with the early 1960s albums of folk artists such as Phil Ochs and Bob Dylan, although they are set to what Young calls "metal folk protest music" courtesy of Young, bassist Rick Rosas, drummer Chad Cromwell and trumpet player Tommy Bray.

The rhythm section of Cromwell and Rosas and Young's "Volume Dealers" co-producer Niko Bolas were also at the core of Young's 1989 album Freedom, which contained an angry criticism of Reagan-George H. W. Bush America. There are other links between the albums: Bray also performed on Freedom and Freedom's hit single "Rockin' in the Free World" also contained a quotation of a President Bush: "a thousand points of light".

Looking for a Leader

The sessions were recorded on 16-track analog tape and mixed to a half-inch analog two-track master, then transferred to high-resolution digital media for CD and DVD manufacturing.[1] The vinyl pressing was on 200 g discs.

On April 28, 2006, the album was given a pre-release premiere in its entirety on the Los Angeles radio station KLOS (95.5) by Jim Ladd. The album was released onto the Internet on May 2, 2006, before entering retail in May 2006. Young has expressed that his intent is that the work be considered as a whole, and the streaming-audio internet release was the whole album, rather than individually selectable songs.


That first impression is so important" ... "Instead of just going to "Let's Impeach the President", people will have to absorb the whole thing. To understand the songs, you need to understand where the whole album's coming from. It protects my right as an artist to have the work presented the way I created it. 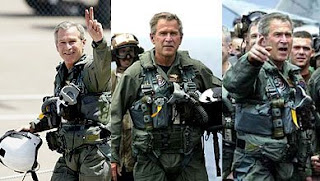 Let’s impeach the president for lying
And leading our country into war
Abusing all the power that we gave him
And shipping all our money out the door
He’s the man who hired all the criminals
The White House shadows who hide behind closed doors
And bend the facts to fit with their new stories
Of why we have to send our men to war
Let’s impeach the president for spying
On citizens inside their own homes
Breaking every law in the country
By tapping our computers and telephones
What if Al Qaeda blew up the levees
Would New Orleans have been safer that way
Sheltered by our government’s protection
Or was someone just not home that day?
Let’s impeach the president
For hijacking our religion and using it to get elected
Dividing our country into colors
And still leaving black people neglected
Thank god he’s cracking down on steroids
Since he sold his old baseball team
There’s lot of people looking at big trouble
But of course the president is clean
Thank God
Gepost door Arthur,s Musical Journey op dinsdag, april 07, 2020