38 years ago I did not realize it, but wisdom comes with age. Still one of the best albums in my collection .. 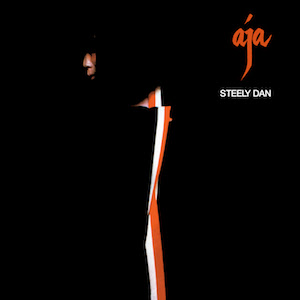 Aja is the sixth album by the jazz rock band Steely Dan. Originally released in 1977 on ABC Records, it became the group's best-selling album. Peaking at No. 3 on the U.S. charts and No. 5 in the United Kingdom Track 1 Black Cow

"Black Cow" was written by Donald Fagen and Walter Becker, the co-front, core members of the band Steely Dan.
Theories as to what this song means: Take your pick of a troubled relationship, an ode to self-doubt, a commentary on nightlife, a reference to Hindu culture (cows are sacred), or it could be about Thelonious Monk, the American jazz composer who is often regarded as the father of bebop.(Songfacts)

The song is pronounced "Asia," and was inspired by the continent. Steely Dan have several songs with a far-East influence, since Donald Fagen believes it is a symbol of sensuality. He told Rolling Stone magazine that the title came from a high school friend whose brother was in the army and came back with a Korean wife named Aja, although he wasn't sure how she spelled it.(Songfacts)

This song refers to The Wake Forest "Demon Deacons," whose football team struggled for much of the '70s, winning just 7 games from 1972-1975. At the same time, the University Of Alabama was a football powerhouse, winning the National Championship in 1973 and losing just one game in each of their next two seasons under the direction of their famous coach Paul "Bear" Bryant. Alabama is known as "The Crimson Tide":
"They got a name for the winners in the world
And I want a name when I lose
They call Alabama the Crimson Tide
Call me Deacon Blues"
(thanks, Ben - Savannah, GA)

When asked about the line, "They call Alabama the Crimson Tide, they call me Deacon Blues," Donald Fagen told Rolling Stone magazine: "Walter and I had been working on that song at a house in Malibu. I played him that line, and he said, 'You mean it's like, 'They call these cracker a--holes this grandiose name like the Crimson Tide, and I'm this loser, so they call me this other grandiose name, Deacon Blues?' and I said 'Yeah!' He said, 'Cool, let's finish it.'"(Songfacts)

This song is about an aspiring actress, with the director/photographer promising her a big break. Whether he's leading her on or not is unknown, and given where the band got its name, you can't help but wonder what kind of actress Peg is.(Songfacts)

This song is based on the epic novel The Odyssey by Homer. The hero, Ulysses, is trying to get home across the ocean after the Trojan War, but the gods keep making it difficult:
"Though the danger on the rocks is surely past,
still I remain tied to the mast"

These lyrics refer to an incident where Ulysses had all his crew block their ears so they wouldn't hear the Sirens' song and crash the boat on the rocks, but Ulysses kept his ears open and had his crew tie him to the mast so he wouldn't dive off the boat.

Ulysses is ever hopeful he'll get back to his wife and son.(songfacts)

Shifty, start-stop rhythms, suddenly erupting musical asides and two guitar soloists (Becker and Larry Carlton), “I Got The News” has an irresistable, non-stop energy. The magical part comes on the first bridge, with chorus vocals led by Michael McDonald

This song tells the story of a very popular girl who's the desire of all the young men in a blue-collar neighborhood. She creates quite a stir any time she returns. 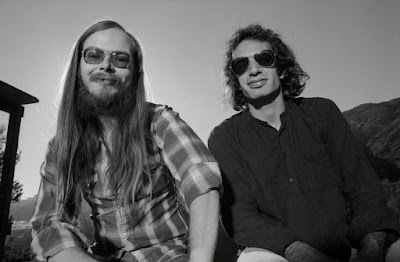 Steely Dan is an American jazz rock band whose music also blends elements of funk, R&B, and pop. Founded by core members Walter Becker and Donald Fagen in 1972, the band enjoyed great critical and commercial success in the late ‘70s and early ‘80s before breaking up in 1981. Rolling Stone has called them "the perfect musical antiheroes for the Seventies".[3] Steely Dan reunited in 1993 and has toured steadily ever since.
Recorded with a revolving cast of session musicians, Steely Dan's music is characterized by complex jazz-influenced structures and harmonies. Becker and Fagen are whimsical, often sarcastic lyricists, having written "cerebral, wry and eccentric" songs about drugs, love affairs, and crime. The pair is also known for their near-obsessive perfectionism in the recording studio:[8][9] Over the year they took to record Gaucho (1980), an album of just seven songs, Becker and Fagen hired at least 42 studio musicians and 11 engineers.
Steely Dan toured from 1972 to 1974 before retiring to the studio. After the group disbanded in 1981, Becker and Fagen were less active throughout most of the next decade, though a cult followingremained devoted to the group. Since reuniting in 1993 Steely Dan has released two albums of new material, the first of which, Two Against Nature, earned a Grammy Award for Album of the Year. They have sold more than 40 million albums worldwide and were inducted into the Rock and Roll Hall of Fame in March 2001.