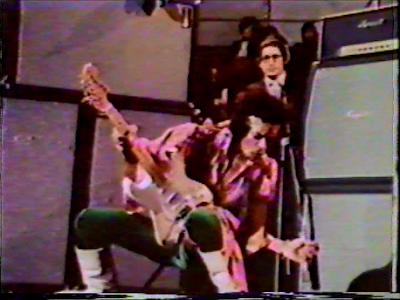 The Jimi Hendrix Experience  during their last UK performance at the Royal Albert Hall (24/02/69). They had also performed a week earlier on the 18th at the same venue but that gig was disappointing according to some. Chas Chandler said that if he had been their manager at that time, he would have sacked the rhythm section on the spot ! Evidently the band got it together for this concert which was one of, if not the best Experience performance. Monterey of course presents the band at their most spectacular and energetic, but here, in their last months, they rose to the occasion with some breathtaking performances.

It had been announced to the press before Christmas 1968 that The Experience would be splitting up in 1969, though not on a permanent basis. These concerts were obviously of great importance to the band, seeing as London was where they had begun, so it was decided that the event should be filmed. After the two gigs there, Jimi had mentioned to the press that the recordings would be released at some point in time. 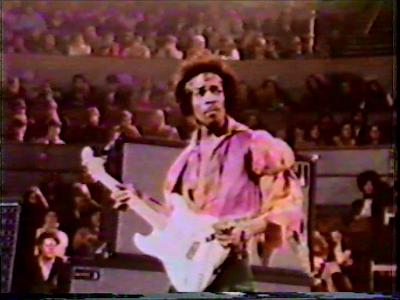