After the Beatles released the Rubber Soul album at the end of 1965, they recorded their follow up album Revolver then embarked on a world tour. In making these two albums, the group recorded music that had become increasingly difficult to reproduce on stage. But that problem only scratched the surface of problems the band would face in 1966. 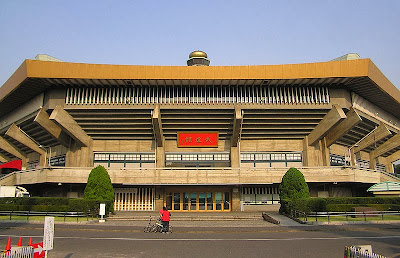 The Asian leg of the tour began with controversy as right-wing Japanese nationalists protested at the staging of their concerts in Tokyo at the Nippon Budokan in June and July which was built for the staging of the martial arts rather than musical performances.
The performances went ahead but there was heavy security to protect the group from both fans and protesters, meaning the group were forced to stay in their suite at the Tokyo Hilton, although Lennon escaped for a short time. NEMS staff photographer, Robert Whitaker, remembered: "He [Lennon] snuck out using my name, on the basis, I think, that all white people probably looked the same to the Japanese. He got away with it for a while, but then somebody recognised him and he was dragged back to the hotel."

If I Needed Someone.

Feet planted on Japanese ground for the first time and bleary from lack of sleep, the Beatles faced the usual round of daft probes about their hair, which they handled with customary good humor. Asked about the “motives and incentives” for their hairstyle, Harrison said: “We couldn’t afford a barber at the time.” Ringo: “I think the next change will be when we go bald.”


But then came an ominous question from Ken Gary, representing the foreign press in Japan. “Some Japanese say that your performances will violate the Budokan, which is devoted to traditional Japanese martial arts, and you set a bad example for Japanese youth by leading them astray from traditional Japanese values. What do you think of all that?”
John: “Better to watch singing than wrestling, anyway.”

“It’s amazing security, you know,” commented Ringo at their first press conference. “I’ve never seen so many people guarding us.” It’s for your own safety, he was told. The four found themselves virtually confined to their hotel. Rightwingers protested, screaming invective against the “foreign invaders.” Before the Beatles’ three Budokan concerts, police warned that fans who stood up and made noise would be arrested. 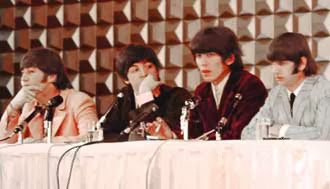