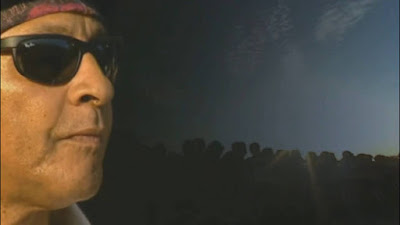 Baby Lemonade had been performing as LOVE since 1993, once playing in a club where only three people, with one being the sound guy, showed up, so playing in the Glastonbury Festival was a very big deal...and Arthur knew it.   '

As mercurial as Arthur Lee could be, he showed no concern in playing before 65,000-and-growing Glastonbury concert-goers, who all came to see if Arthur Lee & Love could pull off Forever Changes in a festival setting.


A House Is Not A Motel

The talent and abilities of each musician on that stage was unparalleled and Rusty, Love's musical director was the link between the amazing ensemble of Swedish string and horn players and this loud, kick ass, take-no-prisoners rock-and-roll outfit.

The blend was perfect. It was Mozart meets Thin Lizzy. After a really cool introduction, and with the sun squarely in their eyes, they hit the stage and rocked the crowd with ''Your Mind & We Belong Together.'' Somewhere in the middle of a guitar solo, one of the speakers blew, creating a noticeable drop in volume and tone. Guitarist Mike Randle simply asked the monitor dude to ''Crank the guitar in my monitor!'' and kept going.

Arthur introduced the Stockholm Strings & Horns and they went down the line, playing every song on Forever Changes, in the order it appeared on the Album, a 36-year-old album played with the energy of a new release. By the time we'd hit the last notes of that one, the sun was setting and left this beautiful orange and red trail of clouds in its dust. At the end of the set, Arthur thanked everyone and then said, ''This next song is called Seven... and Seven... and Seven...1! 2! 3! 4!' 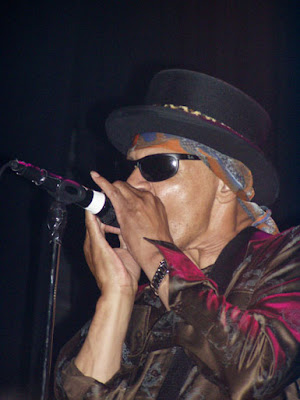