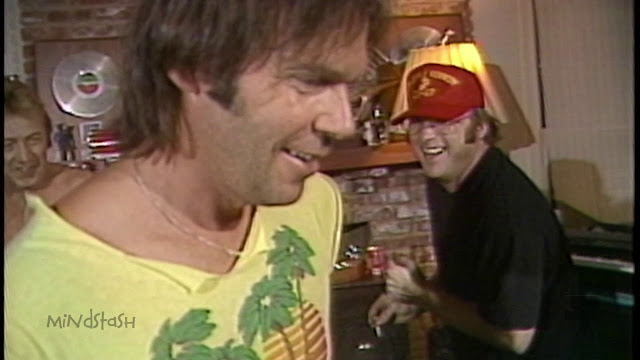 // In the summer of 1986, the original members of the Buffalo Springfield met at Stephen Stills’ home to rehearse new material that Stephen and Neil Young were working on and to make tentative plans to reunite for a 20th anniversary reunion tour. The 2 day practice session marked the first time that the five founding members had played together since their break-up in 1967. The rehearsals were kept a secret and my understanding was that management was not keen on having the sessions videotaped. However, after some deliberation, the band over ruled management and decided that they wanted to document the get together
.The practice session began with a “theme" that was in Neil’s head and moved onto Stephen shredding the guitar on a new blues tune that he was in the early stage of conceptualizing. In this clip, the band is working out the nuts and bolts on a new tune of Neil’s that he would later develop into “Road of Plenty” which made its performance debut during the Crazy Horse tour in November of 1986. The song would, subsequently, evolve into its studio version, “Eldorado”, which was recorded 2 years later and released in the states on Neil's Freedom album.