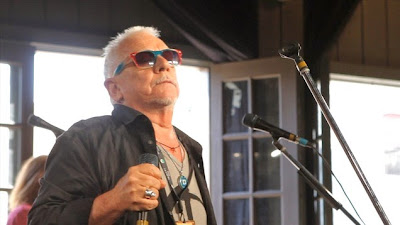 "Spill the Wine" is a 1970 song performed by Eric Burdon and War. Released as a single in May 1970 (backed by the non-album track "Magic Mountain"), it was War's first chart hit, peaking at number three in the US. It was also a top three hit in Canada and Australia. It charted #15 in Netherlands and #28 in Germany.(Wikipedia)


When I Was Young

"When I Was Young" is a song with a countercultural theme released in early 1967 by Eric Burdon, with The Animals and was written by five of the band members Eric Burdon (vocals), Barry Jenkins (drums), John Weider (guitar/violin), Vic Briggs (guitar) and Danny McCulloch (bass). It charted in Australia peaking #2 and stayed 4 weeks there. Later it was a hit charting #10 on the Canadian RPM chart, # 15 in the United States and #7 in the Netherlands.(Wikipedia)

Water
From the new  Album "Til Your River Runs Dry"
"Water" was inspired by a conversation he had with Former Soviet Premiere Mikhail Gorbachov.

Wait
One of several pleasant surprises on ‘Til Your River Runs Dry is to hear Eric Burdon, who made his name as a blues shouter, croon achingly on “Wait”, a slow, self-written Latin piece with a tango rhythm. It’s one of the album’s stand-outs, perhaps because it ‘s a deeply personal number, written for his wife (and manager) Marianna (Uncut)

From the album Eric Burdon & The Greenhornes (2012).
“Black Dog”, was born after Burdon injured himself on a patch of ice a few years back, living in agony under a constant state of duress. But after writing the song, which takes its name from the Winston Churchill-coined “black dog of depression” used to describe a similar despair, Burdon’s outlook’s improved. “Now I’m finding black dogs in the neighborhood that are kind to me, and I’m finding that I have no fear,” he told Rolling Stone. “I’m putting my hands through fences and stroking these dogs. It’s amazing how music can make things happen like that.”

House of the Rising Sun

"The House of the Rising Sun" is a traditional folk song, sometimes called "Rising Sun Blues". It tells of a life gone wrong in New Orleans. The most successful commercial version, recorded in 1964 by the English rock group The Animals, was a number one hit in the United Kingdom, the United States, Sweden, Finland, and Canada.
An interview with Eric Burdon revealed that he first heard the song in a club in Newcastle, England, where it was sung by the Northumbrian folk singer Johnny Handle. The Animals were on tour with Chuck Berry and chose it because they wanted something distinctive to sing.[3] This interview refutes assertions that the inspiration for their arrangement came from Bob Dylan. The band enjoyed a huge hit with the song, much to Dylan's chagrin when his version was referred to as a cover. The irony of this was not lost on Dave Van Ronk, who said the whole issue was a "tempest in a teapot," and that Dylan stopped playing the song after The Animals' hit because fans accused Dylan of plagiarism. Dylan has said he first heard The Animals' version on his car radio and "jumped out of his car seat" because he liked it so much.(Wikipedia) 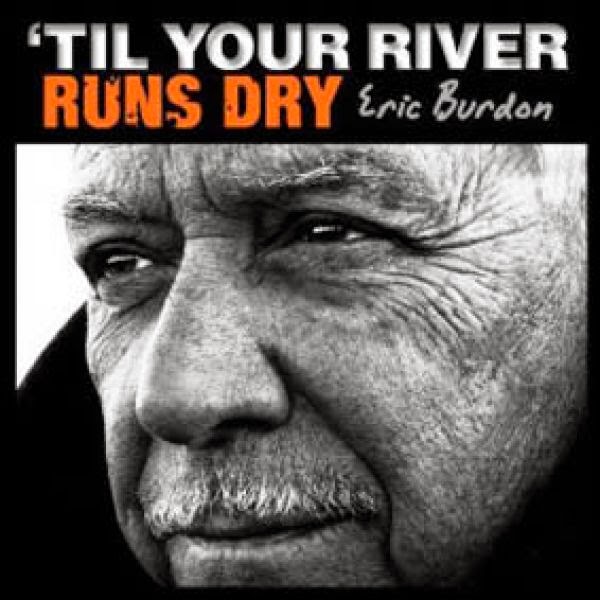