"You Did (Bomp Shooby Doobie Bomp)" was contributed as the theme song to the film Teeth. "You Did" was also featured in the closing credits of the HBO series True Blood episode "Keep This Party Going" 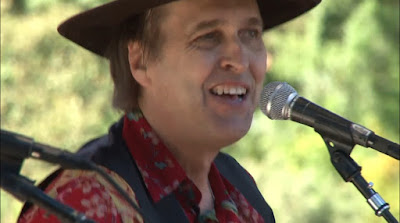 Charles William "Chuck" Prophet is an American singer-songwriter, guitarist and producer. A Californian, Prophet first achieved notice in the American psychedelic/desert rock group Green on Red, with whom he toured and recorded in the 1980s. He has also recorded a number of solo records, and gained prominence as a musician and songwriter.