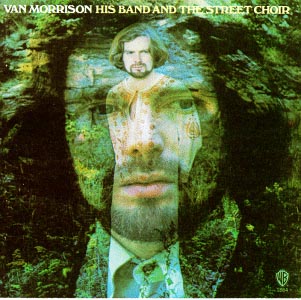 His Band and the Street Choir (also referred to as Street Choir)[1] is the fourth studio album by Northern Irish singer-songwriter Van Morrison. It was released on 15 November 1970 by Warner Bros. Records. Originally titled Virgo's Fool, Street Choir was renamed by Warner Bros. without Morrison's consent. Recording began in early 1970 with a demo session in a small church in Woodstock, New York. Morrison booked the A&R Studios on 46th Street in New York City in the second quarter of 1970 to produce two sessions of songs that were released on His Band and the Street Choir.

In the album closer, "Street Choir", Morrison repeats the questions, "Why did you let me down / And now that things are better off / Why do you come around". Because of these lyrics Heylin wrote that "such songs [as "Street Choir"] were spawned by an increasing awareness of just how badly ripped off he had been". Ken Brooks has said that the lyric "Move On Up" is another reference on the album to a Curtis Mayfield song. The track prominently features Keith Johnson's trumpet and Morrison's harmonica. Writer Brian Hinton described the lyrics as perversely bitter, while Jon Landau wrote that "Street Choir" was one of the "two or three finest songs" of Morrison's career because of its "musical and poetic energy"
Gepost door Arthur,s Musical Journey op zaterdag, februari 16, 2019 Geen opmerkingen: 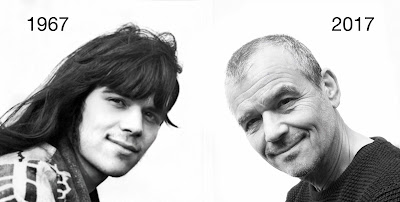 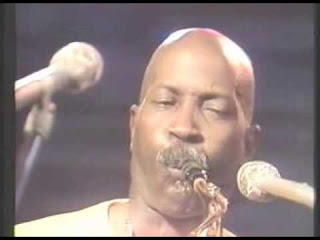 Eddie "Cleanhead" Vinson (born Edward L. Vinson Jr., December 18, 1917 – July 2, 1988) was an American jump blues, jazz, bebop and R&B alto saxophonist and blues shouter.[1] He was nicknamed Cleanhead after an incident in which his hair was accidentally destroyed by lye contained in a hair straightening product


Vinson was born in Houston, Texas. He was a member of the horn section in Milton Larkin's orchestra, which he joined in the late 1930s. At various times, he sat next to Arnett Cobb, Illinois Jacquet, and Tom Archia, while other members of the band included Cedric Haywood and Wild Bill Davis. After exiting Larkin's employment in 1941, Vinson picked up a few vocal tricks while on tour with bluesman Big Bill Broonzy. He then moved to New York and joined the Cootie Williams Orchestra from 1942 to 1945, recording such tunes as "Cherry Red". Vinson struck out on his own in 1945, forming his own large band, signing with Mercury Records, and enjoying a double-sided hit in 1947 with his R&B chart-topper "Old Maid Boogie", and the song that would prove to be his signature number, "Kidney Stew Blues".[3]
Vinson's jazz leanings were probably heightened during 1952-1953, when his band included a young John Coltrane. In the late 1960s, touring in a strict jazz capacity with Jay McShann, Vinson's career took an upswing. In the early 1960s Vinson moved to Los Angeles and began working with the Johnny Otis Revue. A 1970 appearance at the Monterey Jazz Festival with Otis spurred a bit of a comeback for Vinson. Throughout the 1970s he worked high-profile blues and jazz sessions for Count Basie, Otis, Roomful of Blues, Arnett Cobb, and Buddy Tate. He also composed steadily, including "Tune Up" and "Four", both of which have been incorrectly attributed to Miles Davis.[4] The aforementioned single-sourced claim is contradicted by the many times Miles Davis has been credited as composer on numerous recordings.
Vinson recorded extensively during his fifty-odd year career and performed regularly in Europe and the U.S. He died in 1988, from a heart attack while undergoing chemotherapy,[5] in Los Angeles, California.(Wikipedia) 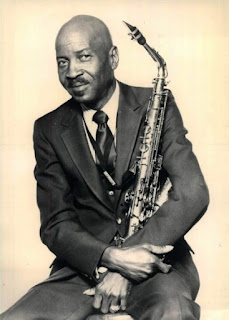 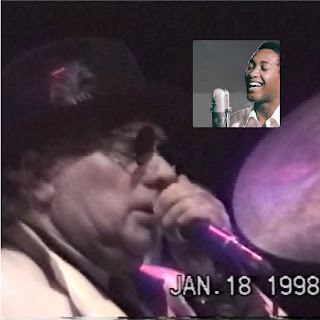 
"A Change Is Gonna Come" is a song by American recording artist Sam Cooke. It initially appeared on Cooke's album Ain't That Good News, released March 1, 1964 by RCA Victor; a slightly edited version of the recording was released as a single on December 22, 1964. Produced by Hugo & Luigi and arranged and conducted by René Hall, the song was the B-side to "Shake".
The song was inspired by various personal events in Cooke's life, most prominently an event in which he and his entourage were turned away from a whites-only motel in Louisiana. Cooke felt compelled to write a song that spoke to his struggle and of those around him, and that pertained to the Civil Rights Movement and African Americans. The song contains the refrain, "It's been a long time coming, but I know a change is gonna come."
Though only a modest hit for Cooke in comparison with his previous singles, "A Change Is Gonna Come" is widely considered Cooke's best composition and has been voted among the best songs ever released by various publications. In 2007, the song was selected for preservation in the Library of Congress, with the National Recording Registry deeming the song "culturally, historically, or aesthetically important.
Gepost door Arthur,s Musical Journey op maandag, februari 11, 2019 Geen opmerkingen:

On this day 51 years ago, The Beatles made their first live American television appearance on The Ed Sullivan Show.
At 8 o’clock on February 9th 1964, America tuned in to CBS and The Ed Sullivan Show. But this night was different. 73 million people gathered in front their TV sets to see The Beatles’ first live performance on U.S. soil. The television rating was a record-setting 45.3, meaning that 45.3% of households with televisions were watching. 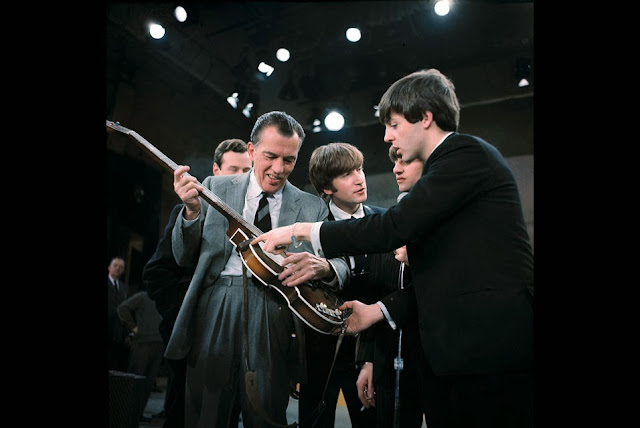 At last, John, Paul, George and Ringo came onto the stage, opening with “All My Loving” to ear-splitting screeches from teenaged girls in the audience. The Beatles followed that hit with Paul McCartney taking the spotlight to sing, “Till There Was You.” During the song, a camera cut to each member of the band and introduced him to the audience by displaying his first name on screen.

A week later, the February 24th issue of Newsweek magazine’s cover featured a picture of The Beatles with the title, “Bugs About Beatles.” Inside, the review of The Beatles debut on The Ed Sullivan Show began, “Visually, they are a nightmare: tight, dandified, Edwardian/Beatnik suits and great pudding bowls of hair. Musically, they are a near-disaster: guitars and drums slamming out a merciless beat that does away with secondary rhythms, harmony, and melody. Their lyrics (punctuated by nutty shouts of “yeah, yeah, yeah!”) are a catastrophe, a preposterous farrago of Valentine-card romantic sentiments.” The article ended with the following prediction, “…the odds are they will fade away, as most adults confidently predict.”

On September 12th, 1965, The Fab Four returned to the Ed Sullivan stage one last time. They played “I Feel Fine,” “I’m Down,” “Act Naturally,” “Ticket to Ride,” “Yesterday,” and “Help!” This performance was taped in New York on August 14th, 1965, just one day before The Beatles kicked off their North American Tour with a concert at Shea Stadium that set the attendance record for an outdoor show at the time. 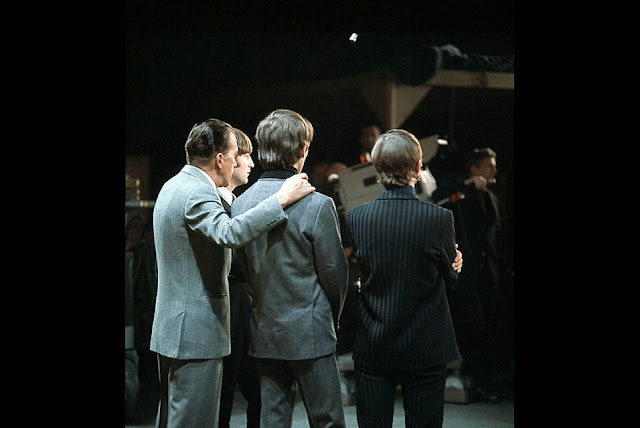