Bob Weir of The Grateful Dead often introduced the Marty Robbins penned "El Paso" as the band's "most requested number." Over a twenty-five year period, The Dead performed the tune 389 times.﻿
From the album"Steal Your Face"

"El Paso" is a country and western ballad written and originally recorded by Marty Robbins, and first released on Gunfighter Ballads and Trail Songs in September 1959. It was released as a single the following month, and became a major hit on both the country and pop music charts, reaching number one in both at the start of 1960. It won the Grammy Award for Best Country & Western Recording in 1961, and remains Robbins' best-known song. It is widely considered a genre classic for its gripping narrative which ends in the death of its protagonist, its shift from past to present tense, haunting harmonies by vocalists Bobby Sykes and Jim Glaser (of the Glaser Brothers) and the eloquent and varied Spanish guitar accompaniment by Grady Martin that lends the recording a distinctive Tex-Mex feel. The name of the character Feleena was based upon a schoolmate of Robbins in the fifth grade — Fidelina Martinez.
Gepost door Arthur,s Musical Journey op vrijdag, mei 09, 2014 Geen opmerkingen: 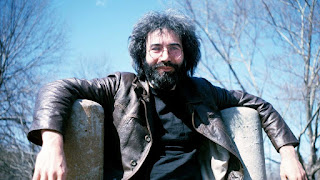 "Truckin'" is a song by the Grateful Dead, which first appeared on their 1970 album American Beauty. It was recognized by the United States Library of Congress in 1997 as a national treasure. The single reached number 64 on January 27, 1971 on the U.S. Pop Singles chart and stayed there for eight weeks. "Truckin'" was the highest-charting pop single the group would have until the surprise top-ten performance of "Touch of Grey" 16⅔ years later. 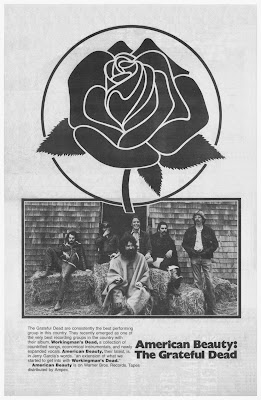 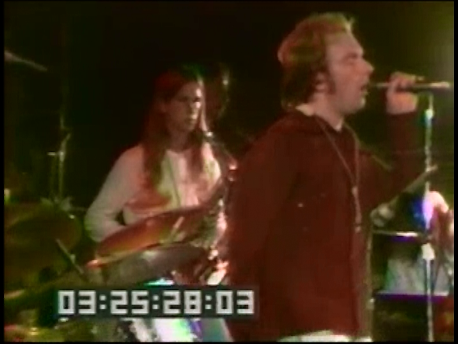 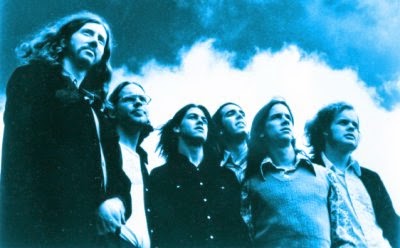 In the early 70s Sound Hole became Van Morrison's back-up band. A friend of John Farey who had been painting some covers for Van Morrison introduced the band to Van. Months later Van called the band and Sound Hole went on the road with him, backing him up for several months. One of Sound Hole's concerts with Van Morrison - July 29, 1974 at The Orphanage, San Francisco, CA, was even televised on PBS.

Listen To the Lion (version 1)

"Listen to the Lion" was first recorded during the sessions for Morrison's third solo album Moondance in 1969 but not used. The longer eleven minute version that is featured on the Saint Dominic's Preview album was recorded during the 1971 sessions at the Columbia Studios in San Francisco and intended for the album Tupelo Honey.

"Listen to the Lion" was one of the 1001 Songs written about in the 2006 book by critic Toby Creswell who says in part: "Listen to the Lion has almost no words, just the phrase 'Listen to the Lion inside of me'...He sings the phrases like an incantation, sometimes desperate and longing for love and at other times boasting of the power of his passion; and then at other times he sings in despair that these emotions have brought him nothing but ruin. He doesn't need to speak, there's nothing more to be said..."
Gepost door Arthur,s Musical Journey op zondag, mei 04, 2014 Geen opmerkingen: