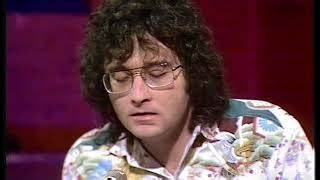 "Political Science" is a song written and performed by singer-songwriter Randy Newman on his 1972 album, Sail Away. In going along with the theme of the rest of the album, the song is a satire of a particular part of American culture and history, namely its foreign policies at the time. The unnamed narrator describes the state of the world, and suggests, "Let’s drop the big one and see what happens."

No one likes us-I don't know why
We may not be perfect, but heaven knows we try
But all around, even our old friends put us down
Let's drop the big one and see what happens

We give them money-but are they grateful?
No, they're spiteful and they're hateful
They don't respect us-so let's surprise them
We'll drop the big one and pulverize them

We'll save Australia
Don't wanna hurt no kangaroo
We'll build an All American amusement park there
They got surfin', too

Boom goes London and boom Paree
More room for you and more room for me
And every city the whole world round
Will just be another American town
Oh, how peaceful it will be
We'll set everybody free
You'll wear a Japanese kimono
And there'll be Italian shoes for me