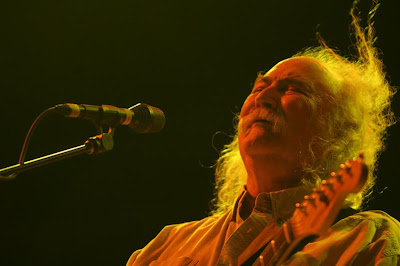 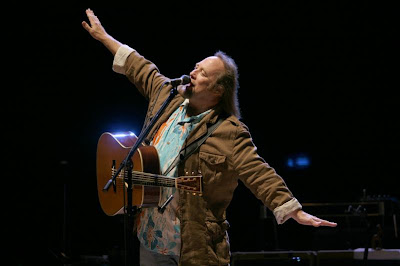 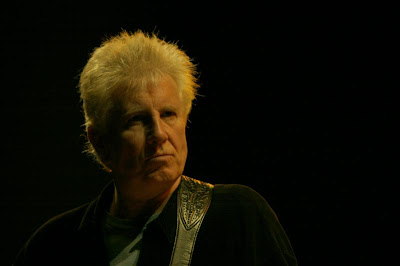 
You don,t have to cry 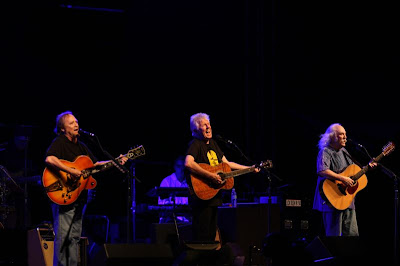 The music of David Crosby, Stephen Stills and Graham Nash is a cornerstone of rock ‘n roll. As Crosby, Stills & Nash (CSN), this trio of legendary singer-songwriters has been actively collaborating since 1969, when they first harmonized in either Joni Mitchell's living room or Mama Cass Elliot's dining room, depending on which member you ask (Crosby and Nash ascribe to the former, Stills is adamant about the latter). Wherever its point of origin, the connection they forged from day one-as artists and as friends-was profound and unbreakable. Essential elements of our pop culture experience, their songs are just as durable, conveying emotional truths and social consciousness in equal measure.

Forty years into their creative partnership, CSN is expanding its recorded repertoire with two album projects, one spotlighting its enduring creative spark, the other its legendary roots. David, Stephen and Graham are currently recording a new album for Columbia Records with ten-time GRAMMY®-winning producer Rick Rubin at the helm. This June, Rhino Records will release Crosby, Stills & Nash Demos, a single-disc collection of rare and previously unheard demos of destined-to-be-classic signature songs reaching back to the group's earliest days.

CSN will also take to the road once again, as they have done on a recurrent basis ever since their very first gig together-before more than 500,000 people-at Woodstock four decades ago. The tour's launch coincides with CSN's June 2009 induction into the New York City-based Songwriter's Hall of Fame. The honor-which follows their 1997 induction into the Rock and Roll Hall of Fame-recognizes David Crosby, Stephen Stills and Graham Nash as individual solo artists and as three together with CSN. It also acknowledges the groundbreaking music each was instrumental in creating with landmark groups prior to forming CSN: The Byrds (Crosby), Buffalo Springfield (Stills) and The Hollies (Nash).

The fact that each principal came from another hugely successful band caused CSN to be known as the world's first "supergroup." The threesome more than lived up to the term with their '69 debut LP, a ten-song tour de force that hit #6 on Billboard's pop albums chart, earned CSN a GRAMMY® for Best New Artist and delivered classic tracks including "Suite: Judy Blue Eyes," "Marrakesh Express," "Guinnevere" and "Wooden Ships." In naming the disc one of the 500 Greatest Albums of All Time, Rolling Stone quoted another rock immortal in its salute: "'I've Seen Crosby, Stills and Nash burnin' ass,' Jimi Hendrix declared in 1969. ‘They're groovy, Western-sky music.' Hendrix knew what he was talking about."

1970's Déjà Vu came next, the first album from the group's four-man configuration with Neil Young, Crosby, Stills, Nash & Young (CSN&Y). Another notch on the 500 Greatest Albums of All Time list, Déjà Vu was a #1 LP that introduced timeless hits including "Teach Your Children," "Our House," "Helpless," "Carry On" and "Almost Cut My Hair." 4 Way Street, a double live LP, followed in 1971, showcasing CSN&Y's live mojo on a set of songs as personal as it was political. Its success further built their reputation as the only American band of the original Woodstock era to have a societal impact rivaling that of the Beatles.

CSN survived the turbulent times in which they existed as well as the often volatile climate of their own inner-workings to continue to make music that connected with fans across America and around the world. So Far, the group's 1974 retrospective-to-date, topped the charts at #1 in Billboard. The 1977 studio album CSN climbed to #2 and delivered their first multiplatinum single (and, at #7, their all-time highest charting track), "Just A Song Before I Go." 1982's Daylight Again added two more hits to the CSN songbook with "Southern Cross" and "Wasted On The Way."

Highlights from the also-ongoing CSN&Y partnership include the 1999 Top 40 album Looking Forward, which led to the quartet's landmark 2000 reunion tour-and subsequent outings in 2003 and 2006. The latter, CSN&Y's controversial "Freedom Of Speech Tour," spun off the documentary feature CSNY/Déjà Vu (a film by Neil Young), examining the group's connection to its audience in both political and musical terms.

In addition to making music together, Crosby, Stills and Nash have always pursued parallel solo careers (Crosby and Nash also have a decades-long legacy as a duo). Crosby's highly regarded 1971 solo debut If Only I Could Remember My Name was deemed a, "one-of-a-kind freak-folk apogee" in Rolling Stone; highlights from his entire career were recently compiled in the 2006 3-CD box Voyages. Stills' 1970 self-titled solo debut was called, "a jaw-dropping experience, the musical equal to Crosby, Stills & Nash or Déjà Vu" by allmusic.com. His latest studio set was 2006's Man Alive!, and 2007 saw the release of Just Roll Tape - April 26th 1968, a collection of previously unissued acoustic demos that were missing for almost 40 years. Graham Nash's latest-and fourth-solo effort, 2002's Songs For Survivors, bookended his acclaimed 1971 solo debut Songs For Beginners, which chronicled his break-up from Joni Mitchell (it was just reissued as an expanded DVD-A title). Nash's work is the subject of the 2009 3-CD retrospective box Reflections.

A complete list of the collaborations, solo efforts and side projects of David Crosby, Stephen Stills and Graham Nash would produce a massive discography and touring history. It is a concise and simple truth, however, that the convergence of their voices in 1969-somewhere in Laurel Canyon-did indeed change the world. It's a sound that has lived on ever since, both as a positive agent of change and a welcome compass point of reassurance through times that could use more of each.
Gepost door Arthur,s Musical Journey op zaterdag, november 28, 2009 Geen opmerkingen:

“I heard a Dylan song that was unfinished back in high school and I finished it. As a serious Bob Dylan fan, I was listening to anything he had put on tape, and this was an outtake of something he had mumbled out on one of those tapes. I sang it all around the country from about 17 to 26, before I ever even thought, ‘Oh, I better look into this.’”

Tangled up in Blue 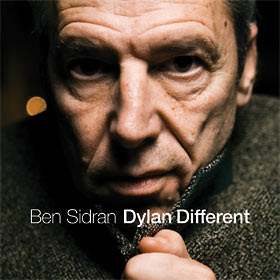