Peace Of My Heart


"Piece of My Heart" is a song written by Jerry Ragovoy and Bert Berns and originally recorded by Erma Franklin in 1967. The song came to greater mainstream attention when Big Brother and the Holding Company covered the song in 1968 on their album Cheap Thrills and had a hit with it. The song has since been remade by several singers, including hit versions by Faith Hill in 1994 and Melissa Etheridge in 2005.

In 2004, the Big Brother and the Holding Company version of this song was ranked Number 344 on Rolling Stone's list of the 500 Greatest Songs of All Time. The song is also included among The Rock and Roll Hall of Fame's 500 Songs that Shaped Rock and Roll. 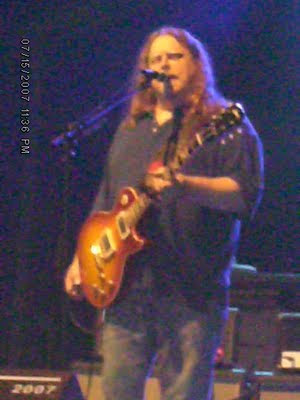 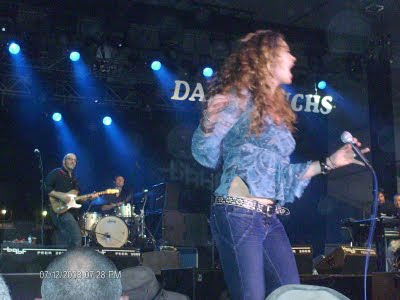 Rhiannon is the story of a lady that is from another world ~ called the Bright world ~ and she leaves her kingdom to become the wife of a king ~ a mortal king ~ but goddesses really can't marry mortal kings, if they do they lose their powers ~ their magic powers. And they don't lose the knowledge of them they just ~they know everything that's going to happen they just can'tdo anything about it. Which is a much more difficult way to live than not having magic powers is to not be able to use them and know exactly what's coming and to not be able to tell anybody. So she comes down and does her whole trip, and it's just a whole story ~ it's a wonderful story.

And she has these birds that sing and that is the legend of the song of the birds of Rhiannon. And they sing this song that is uh, said takes away pain and suffering and if you hear the song you just sort of blank out and go away and then when you wake up everthing's all right. And it is a wonderful, wonderful story which I use a lot, because there's a lot of ~ there seems to be a lot of need for the story of Rhiannon around lately, because if people are sad or have lost anybody or something the story really makes a lot of sense. 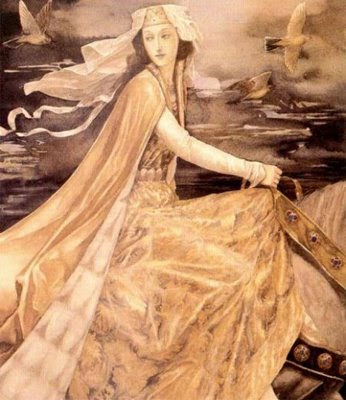