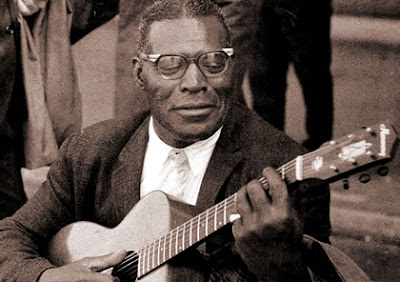 Howlin’ Wolf ranks among the most electrifying performers in blues history, as well as one of its greatest characters. He was a ferocious, full-bodied singer whose gruff, rasping vocals embodied the blues at its most unbridled. A large man who stood more than six feet tall and weighed nearly 300 pounds, Howlin’ Wolf cut an imposing figure, which he utilized to maximum effect when performing. In the words of blues historian Bob Santelli, “Wolf acted out his most potent blues, becoming the living embodiment of its most powerful forces.” Howlin’ Wolf cut his greatest work in the Fifties for the Chicago-based Chess Records. Many songs with which he is most closely identified - “Spoonful,” “Back Door Man,” “Little Red Rooster” and “I Ain’t Superstitious” - were written for him by bluesmen Willie Dixon, a fixture at Chess Records who also funneled material to Wolf’s main rival, Muddy Waters. Howlin’ Wolf himself was an estimable songwriter, responsible for such raw classics as “Killing Floor,” “Smokestack Lightning” and “Moanin’ at Midnight.”


Meet me In The Bottom
Howlin' Wolf defines the Blues while slamming Son House, then performs "Meet Me In The Bottom" with the help of his Band. It's not apparent What sets Wolf off, as Son House is off mic and inaudible, but I speculate that Son may have interrupted Wolf's oration with his own famous assessment of the Blues; "Ain't but one kind of Blues..., and that consists between male and female that's in love".

In 1910, Howlin’ Wolf was born on a Mississippi plantation in the midst of a blues tradition so vital it remains the underpinning for much of today’s popular music. His birth name was Chester Arthur Burnett; “Howlin’ Wolf” was a nickname he picked up in his youth. He was exposed to the blues from an early age through such performers as Charley Patton and Willie Brown, who performed at plantation picnics and juke joints. Wolf derived his trademark howl from the “blue yodel” of country singer Jimmie Rodgers, whom he admired. Although he sang the blues locally, it wasn’t until he moved to West Memphis in 1948 that he put together a full-time band. Producer Sam Phillips recorded Howlin’ Wolf at his Memphis Recording Service (later Sun Records) after hearing him perform on radio station KWEM. Some of the material was leased to Chess Records, and in the early Fifties Howlin’ Wolf signed with Chess and moved to Chicago. He remained there until his death.

”
How many More Years "Blues at Newport 1966,, Howlin' Wolf seems to enjoy the taste of His Harmonica maybe just a bit too much. This is a very good performance by a consummate Master of the Blues. Enjoy!

Howlin’ Wolf served to influence such blues-based rock musicians as the Rolling Stones and Eric Clapton. In fact, he recorded a pair of albums - The London Howlin’ Wolf Sessions and London Revisited - with his British disciples in the early Seventies. Howlin’ Wolf’s distinctive vocal style and rough-hewn approach to the blues can also be heard in the work of such diverse artists as Captain Beefheart and His Magic Band and Led Zeppelin. Slowed down for much of the Seventies due to serious internal injuries suffered in an automobile accident, Howlin’ Wolf gave his last performance in Chicago in November 1975 with fellow blues titan B.B. King. He died of kidney failure two months later. 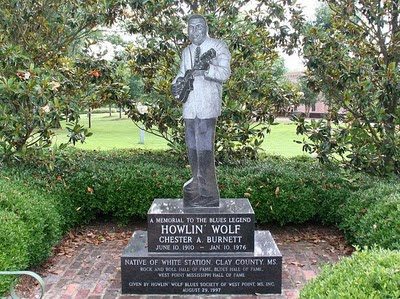 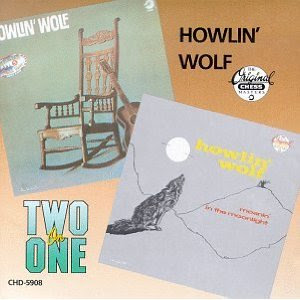