Front and Center is the critically-acclaimed concert series that was launched in the Spring of 2012.  The original one hour, commercial-free, all-music program airs nationwide on public television.  Through the years it has presented an eclectic mix of Grammy winning, multi-platinum selling industry vets and chart toppers, including the likes of Jack Johnson, Train, The Avett Brothers, Cyndi Lauper, the Goo Goo Dolls and more. 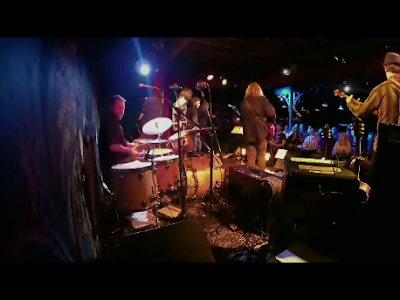 The Grammy Award-winning guitarist and vocalist, named in Rolling Stone’s “100 Greatest Guitarists of All Time,” performs career hits “Soulshine” and “Forevermore” from his days with Gov’t Mule and the Allman Brothers Band. Haynes is joined by legendary roots band Railroad Earth recorded at the McKittrick Hotel.

It,s Me Or You

Railroad Earth is a roots and Americana-based newgrass band from Stillwater, New Jersey. Their name was borrowed from the Jack Kerouac short story "October in the Railroad Earth." The band also has a song by the same name written by Todd Sheaffer. Railroad Earth's music combines elements of bluegrass, rock and roll, jazz, celtic and more, and the group is also known for its extensive live improvisation and lyrical songwriting within an acoustic base.