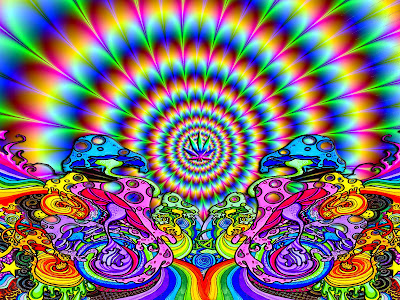 The term psychedelic was first coined in 1957 by psychiatrist Humphry Osmond as an alternative descriptor for hallucinogenic drugs in the context of psychedelic psychotherapy.[11] The first musical use of the term psychedelic is thought to have been by the New York-based folk group The Holy Modal Rounders on their version of Lead Belly's "Hesitation Blues" in 1964.[12] The first group to advertise themselves as psychedelic rock were the 13th Floor Elevators from Texas, at the end of 1965. The term was first used in print in the Austin American Statesman in an article about the band titled "Unique Elevators shine with psychedelic rock", dated 10 February 1966, and theirs was the first album to use the term as part of its title, in The Psychedelic Sounds of the 13th Floor Elevators, released in August that year. 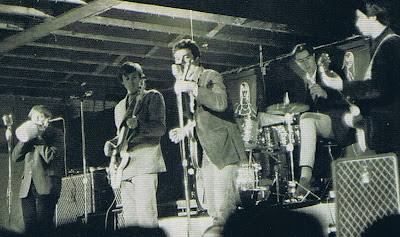 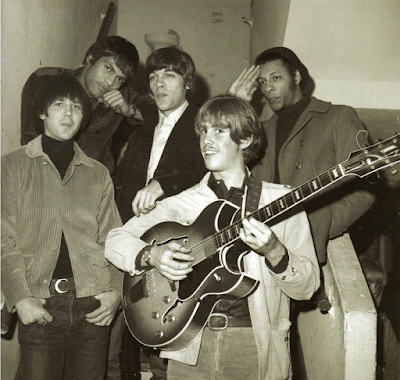 Love was an American rock group of the late 1960s and early 1970s. They were led by singer/songwriter Arthur Lee[2] who wrote most of the songs, although some of their best known songs were written by Bryan MacLean. One of the first racially diverse American pop bands, their music reflected different influences, combining elements of rock and roll, garage rock, folk and psychedelia.
While finding only modest success on the music charts, Love would come to be praised by critics as one of the finest and most important American rock groups of their era. Their third album Forever Changes (1967) is generally regarded as their masterpiece. 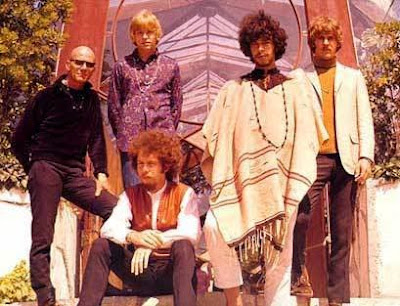 The original lineup of the group evolved from an earlier Los Angeles band, The Red Roosters, which included Randy California (guitars, vocals), Mark Andes (bass) and Jay Ferguson (vocals, percussion). With the addition of California's stepfather Ed Cassidy (drums), and keyboard player John Locke the new band was originally named the Spirits Rebellious (after a book by Khalil Gibran) but was soon shortened simply to Spirit. In 1966 Randy California had also played with Jimi Hendrix (then known as Jimmy James) in his band, The Blue Flame.
The group's first album, Spirit, was released in 1968. "Mechanical World" was released as a single (it lists the playing time merely as "very long"). The album was a hit, reaching No. 31 on The Billboard 200 and staying on the charts for over eight months. The album displayed jazz influences, as well as using elaborate string arrangements (not found on their subsequent recordings) and is the most overtly psychedelic of their albums. 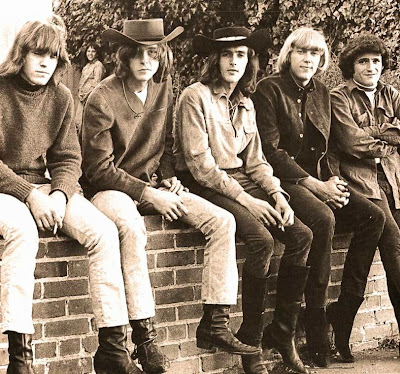 Quicksilver Messenger Service (sometimes credited as simply Quicksilver) is an American psychedelic rock band formed in 1965 in San Francisco.
Quicksilver Messenger Service gained wide popularity in the San Francisco Bay Area and through their recordings,[1] with psychedelic rock enthusiasts around the globe, and several of their albums ranked in the Top 30 of the Billboard Pop charts. Though not as commercially successful as contemporaries Jefferson Airplane and The Grateful Dead, Quicksilver was integral to the beginnings of their genre. With their jazz and classical influences and a strong folk background, the band attempted to create an individual, innovative sound.[2] Member Dino Valenti drew heavily on musical influences he picked up during the folk revival of his formative musical years. The style he developed from these sources is evident in Quicksilver Messenger Service's swung rhythms and twanging guitar sounds. 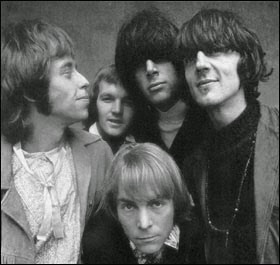 Moby Grape is an American rock group from the 1960s, known for having all five members contribute to singing and songwriting[1] and that collectively merged elements of folk music, blues, country, and jazz together with rock and psychedelic music.
The band name, judicially determined to have been chosen by Bob Mosley and Spence, came from the punch line of the joke "What's big and purple and lives in the ocean?".[5] Lead guitarist Jerry Miller and drummer Don Stevenson (both formerly of The Frantics, originally based in Seattle)[6] joined guitarist (and son of actress Loretta Young) Peter Lewis (of The Cornells), bassist Bob Mosley (of The Misfits, based in San Diego),[7] and guitarist Skip Spence. Spence, now on guitar instead of drums, was a major force in the Grape. Jerry Miller and Don Stevenson had moved The Frantics from Seattle to San Francisco after a 1965 meeting with Jerry Garcia, then playing with The Warlocks at a bar in Belmont, California. Garcia encouraged them to move to San Francisco. Once The Frantics were settled in San Francisco, Mosley joined the band