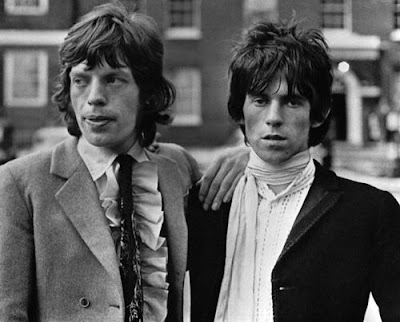 Just sitting in that train carriage in Dartford, it was almost like we made a deal without knowing it. Like Robert Johnson at the crossroads. I don't know why it should have happened, but there was a bond made there that despite everything else goes on and on - like a solid deal.
- Keith Richards, c. 1997 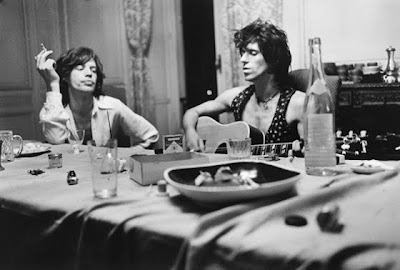 I think it's essential (having a partner). You don't have to have a partner for everything you do. But having partners sometimes helps you and sometimes hinders you. You have good times and bad times with them. It's just the nature of it. People also like partnerships because they can identify with the drama of two people in partnerships. They can feed off a partnership, and that keeps people entertained. Besides, if you have a successful partnership, it's self-sustaining.
- Mick Jagger, 1995

For some reason Keith and I wrote together. Maybe because we knew each other for so long and we're friends. I had no experience to back it with as far as songwriting was concerned. Brian was a much better musician. But it seemed very natural and Keith and I seemed quite good at it. Brian was quite problematical and it was obvious to Keith and myself after trying it a few times that it was going to work... I had a slight talent for wording, and Keith always had a lot of talent for melody from the beginning. Everything, including the riffs, came from Keith.
- Mick Jagger, 1979


We used to see the same couple in the bar, who kept saying to us, Who ARE you? What's it all about? Come on, give us a clue. Just give us a glimmer. That's when Mick and I started to call ourselves the Glimmer Twins.
- Keith Richards, on holidays in Rio
with Mick in December 1968 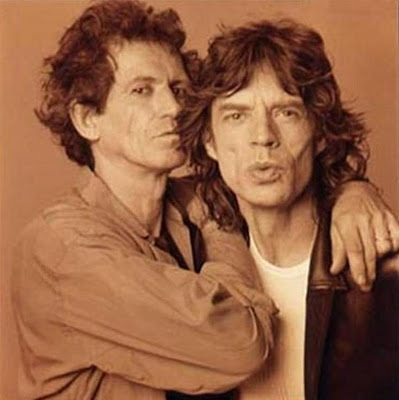 We're very close, and we always have been. He was born my brother by accident by different parents... That sounds all right to me.
- Mick Jagger, 1978