The Rolling Stones - Sympathy for the devil (rehearsels) 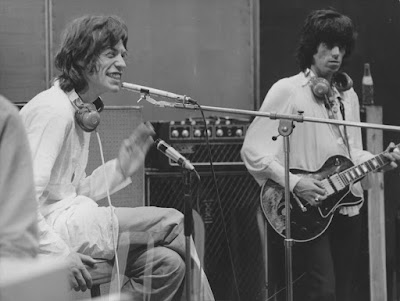 When filming on a project on abortion in the U.K. fell through, Jean-Luc Godard turned his attention instead to The Rolling Stones, then working on the recording of the titular song. Coming into his most heavily political phase, Godard interspersed his footage of the band with typically oblique and didactic vignettes on the Black Panthers, Marxism, and the need for revolution.

"Sympathy for the Devil" is a song by The Rolling Stones, written by Mick Jagger and Keith Richards and credited to Jagger/Richards. Sung by Jagger, the song is an homage to the Devil, written in the first-person narrative from his point of view, recounting the atrocities committed throughout the history of humanity in his name. It is performed in a rock arrangement with a samba rhythm. It first appeared as the opening track on their 1968 album Beggars Banquet. Rolling Stone magazine placed it at No. 32 in their list of The 500 Greatest Songs of All Time.

The recording of "Sympathy for the Devil" began at London's Olympic Sound Studios on 4 June 1968 and continued into the next day; overdubs were done on 8, 9 and 10 June.[8] Personnel included on the recording include Nicky Hopkins on piano, Rocky Dijon on congas and Bill Wyman on maracas.

It is often mentioned that Marianne Faithfull, Anita Pallenberg, Brian Jones, Charlie Watts, producer Jimmy Miller, Wyman and Richards performed backup vocals, singing the "woo woos", repeatedly, as this can be seen in the film Sympathy for the Devil (see below) by Jean-Luc Godard. Richards plays bass on the original recording,[citation needed] and also electric guitar. Jones is seen playing an acoustic guitar in the film, but it is not audible in the finished mix.

In the 2003 book According to the Rolling Stones, Watts said: "'Sympathy' was one of those sort of songs where we tried everything. The first time I ever heard the song was when Mick was playing it at the front door of a house I lived in in Sussex... He played it entirely on his own... and it was fantastic. We had a go at loads of different ways of playing it; in the end I just played a jazz Latin feel in the style of Kenny Clarke would have played on 'A Night in Tunisia' – not the actual rhythm he played, but the same styling."

The original title was "The Devil Is My Name." Says Jagger: "Songs can metamorphasize. And Sympathy for the Devil is one of those songs that started off like one thing, I wrote it one way and then we started the change the rhythm. And then it became completely different. And then it got very exciting. It started off as a folk song and then became a samba. A good song can become anything. It's got lots of historical references and lots of poetry." 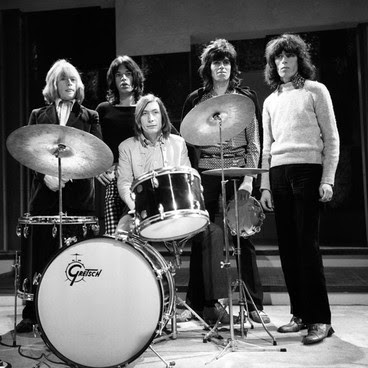